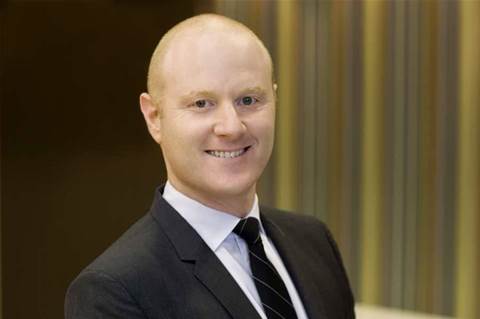 CommBank announced a net annual profit of $7.1 billion for the 2011-12 financial year in August and increased its dividend to $3.34.

"The opportunities and challenges presented by the development of technology are amongst the highest priorities that we have as an institution," Narev said.

"And at the core of this belief, and an approach which differentiates us from our competitors, is our view of the need to re-engineer the entire core banking platform and we have spent five years and over $1 billion investing behind that vision.

"The good news for our customers, our shareholders and our people is that all of our retail and all of our business customers now have their deposit and transaction accounts on that new platform.

"It is no longer a promise, it is a reality, and our focus as a management team is now on extracting all the benefits of that platform for our customers."

The bank has not yet revealed the total cost of the project.

Narev said the pace and variety of technology change was "fundamentally changing the way our customers want to interact" with banks.

To illustrate that pace of change, Narev reported that in January 2012, 30 percent of log-ins to CommBank's online banking service, NetBank, were from a mobile device.

Narev renewed CommBank's commitment - again as a key differentiator to its main competitors - to resist the temptation to send work offshore.

"It is tempting to attempt short-term cost cutting, such as setting targets for the reduction of staff and offshoring," he told shareholders.

"We have said we will not offshore our processes, and we remain committed to it. Its not just the right thing to do by Australia, but by our shareholders.

"All of us in the executive team have seen examples of offshoring processes. What can be tempting in the short-term in terms of labour cost benefits [is usually outweighed] by an overwhelming loss of control and increase in operational risk."

Narev said that while some organisations sought cheaper labour, 93 percent of CommBank staff enjoyed renumeration over last two years greater than the rate of inflation.

"We have been building the morale of our people to best practice levels," he said. "Announcing targets to reduce our costs it is not the right thing to do to."

Narev noted that some people who left CommBank would not be replaced, while other staff might need to be re-trained for different roles.

"Occasionally redundancies occur, but it is not a priority," he said.