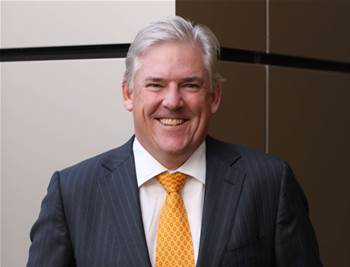 The Commonwealth Bank has promoted an internal executive to the newly-vacant role of chief information officer following Michael Harte's May departure, naming David Whiteing as the bank's new head of IT.

Harte announced he would end an eight-year stint as the bank's high-profile CIO early last month, to depart to the UK as Barclay Bank's new chief operations and technology officer.

The bank at the time signalled its preference to promote a replacement from within.

Whiteing joined Commbank as its executive general manager of architecture and planning last September from McKinsey and Company, where he worked four months as a senior adviser.

Whiteing spent the four years prior as vice president of enterprise systems for BP in the UK, and the previous 11 years at Accenture in Europe where he ran the SAP practice in the UK and Ireland.

"David is a highly experienced business and IT executive with a track record of delivering technology and process transformation in many industries, including financial services, both in Australia and overseas," CommBank CEO Ian Narev said in a statement.

"David and his technology and operations teams will build on the group's extensive investments in technology to ensure ongoing innovation for our customers, and continuing productivity, reliability and security."

Whiteing will start his new role as CIO and group executive of enterprise services on July 14.

His appointment into the role marks the latest change in a shake-up of the CIOs in Australia's financial sector.

ANZ is still hunting for a CIO after Anne Weatherston announced the end of her four-year CIO stint at the bank, as its Westpac after Clive Whincup departed to take up the same role at Woolworths. NAB appointed David Boyle as its new CIO late last year after Denis McGee retired.

More recently, Suncorp IT boss Jeff Smith announced his resignation to take up a role with IBM in the US.