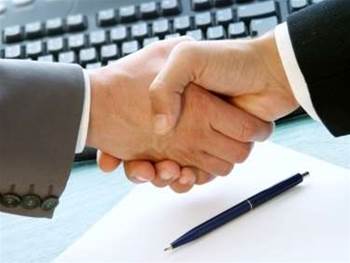 To spearhead new IT approach.

The Australian Government’s Clean Energy Regulator has pinched the director of technology from fellow federal agency Comcare to lead an internal IT overhaul in a newly-created CIO position.

The Clean Energy Regulator - the national body charged with administering the carbon price mechanism - first announced the creation of the new role in September last year.

The regulator today revealed former Comcare director of technology Shaun Keane had been appointed into the position, starting this week.

The agency - established in April 2012 and now employing 371 staff - is nearing the end of an “intense period” of systems delivery, and will now move IT into operational mode.

Keane will be housed in the operations division as of this week, reporting to the regulator's chief operations officer. He will be responsible for the delivery of the agency’s IT vision and strategic plan, as well as championing IT investment priorities, according to a Clean Energy Regulator spokesperson.

Keane spent around four years as Comcare’s director of technology. Comcare employs around 712 staff in six offices around the country, and is the Government’s statutory authority administering Australia’s workers’ compensation scheme.

Prior to Comcare, Keane worked as the operations manager for online services at the then-Department of Innovation, Industry, Science and Research for three years from 2007, and as  applications development co-ordinator at the Australian Federal Police for seven years from 2000.