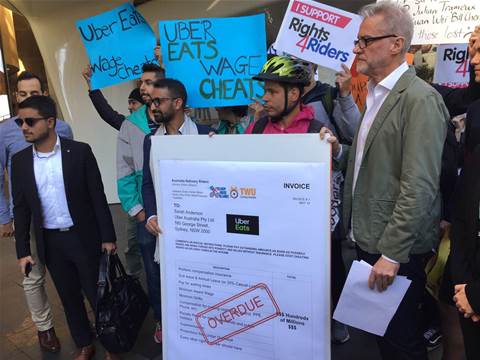 Convenience apps and the companies behind them have officially become the new front line against so-called gig economy employers for Australian unions, after the ACTU put Uber on notice it’s now on the way to the industrial panel beaters.

The move, which now ropes in supermarkets like Coles who are tapping Uber Eats for convenience deliveries, is a substantial escalation in the making for more than a year, and precision-timed to coincide with the final week in the run-up to the federal poll.

Irrespective of who wins Saturday’s election, it’s on.

On Tuesday a new boundary was conspicuously drawn and the bottom line from Trades Hall is this: everyone loves the gig economy until they have to work in it.

And, if delivery is free, someone’s probably getting ripped off. Your job could be next. Beware the app economy. 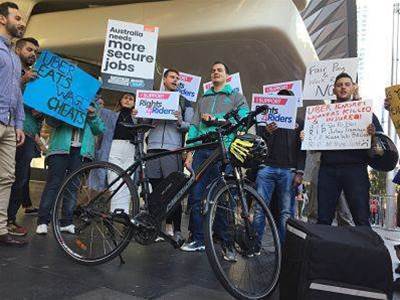 The ACTU and TWU protest on George Street

Heat in the kitchen

It might be classic union street theatre – a big visual prop and lots of noise – but don’t discount the message.

It plays to a younger audience that’s probably never been directly exposed to union representation and action, other than at an airport.

(Sheldon remains, proudly, uninvited to Qantas’ elite Chairman’s Lounge offered to and accepted by other union heads and politicians.) 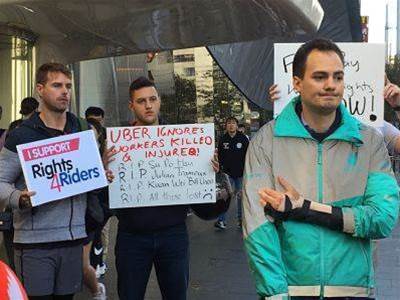 The average age of a delivery rider is 23, with more than 70 percent overseas students. The app delivery industry is, according to a growing number of opponents, literally exploitation on wheels.

“What's happening is that we're seeing people mesmerised with the gig economy. Providing jobs is great, providing jobs with dignity is essential. Governments are too slow to turn around and actually legislate, to be clear about people's rights,” Sheldon said.

“And also, quite frankly, when wage theft occurs, sending employers to jail.” 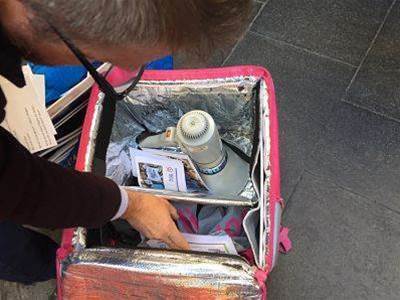 Food hack: use a hotbox to stash a bullhorn and chanting lines.

Coles has conspicuously been trialling Uber Eats as a way to arrest online margin dilution and take on convenience stores like 7-Eleven who are also in regulatory hot water for ducking pay and tax obligations.

“I say this to supermarkets – and include Amazon: you are responsible for the people that you have in your supply chain, and you need to be paying them the correct wages, and the correct conditions and making sure those companies you contract abide by our laws, Sheldon said.

“But you also need to abide by ethics. If you're a working person, whether you're called a contractor or an employee, you should have basic human rights. Companies should be requiring [this] in their supply chain, particularly when you're talking about some of the most vulnerable people in our community.”

Sheldon's warning, especially with McManus by his side has a sting. Smaller food outlets might not have union coverage but big supermarkets do. 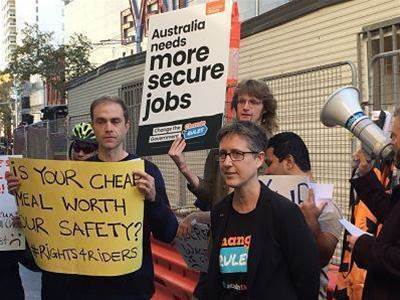 Sally McManus is taking tech activism to the streets.

Union rhetoric, like Uber eats options, can be sharp or spicy.

Sheldon laid on both.

“What’s to stop companies converting a whole lot of jobs into Uber like jobs, into a gig economy jobs. So many jobs across our economy could be broken down by tasks then converted into apps, McManus said.

“Our workplace laws have not kept up with technological change, and they need to be upgraded, the ACTU head said.

“They're not paying tax and they're not giving workers [their] rights. We will see our rights move back two centuries if we don't move to upgrade our laws.” 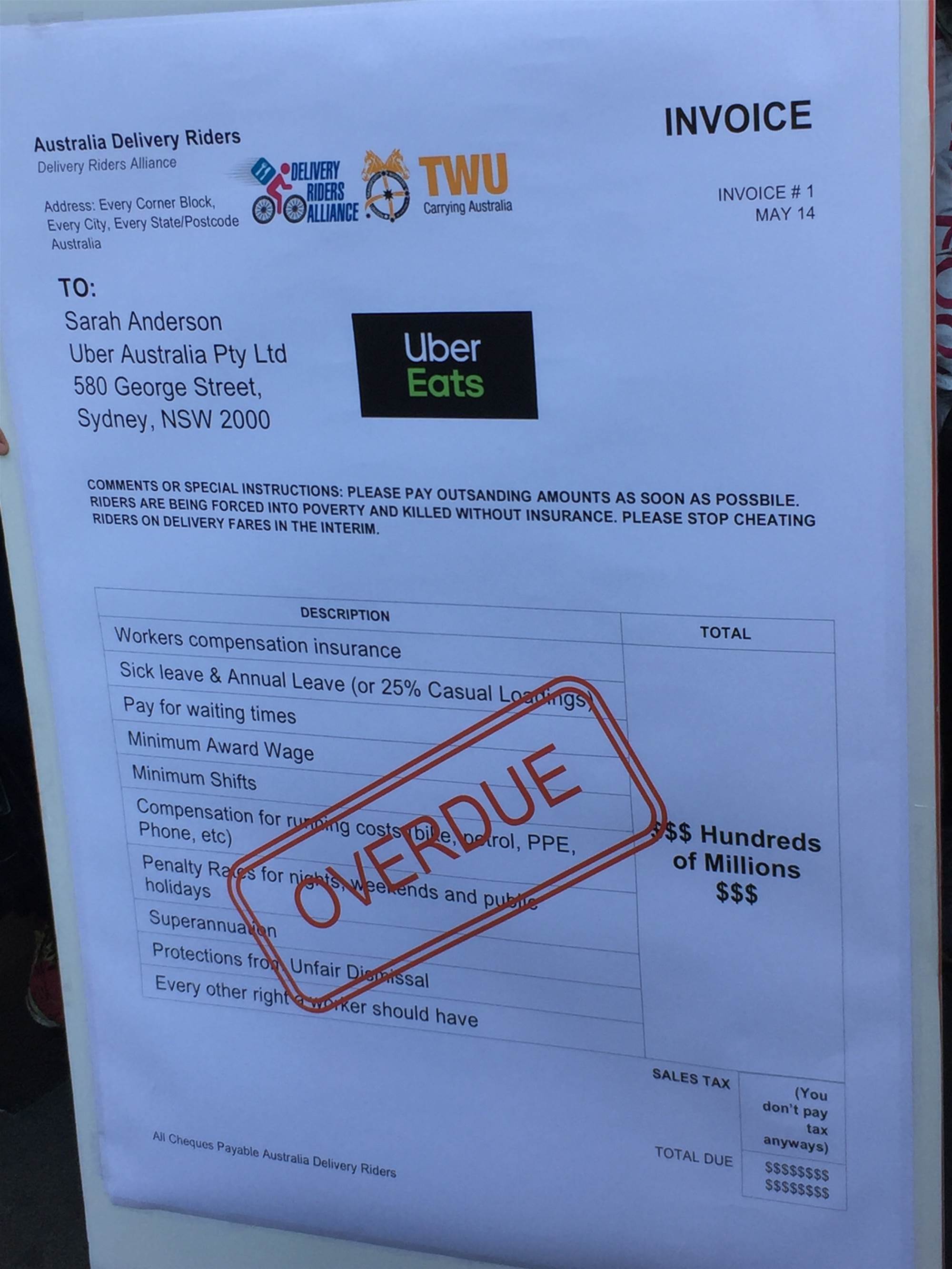 By way of historical reference, that’s a steampunk rewind back to about 1820 when Karl Marx was still in nappies. The ACTU clearly sees a lot of the ‘gig’ effect as regressive.

The big kicker from unions is that once platforms get their economic model established, other businesses will soon follow suit. At least that’s the sell.

Sheldon dubbed it the "Hunger Games" of casual employment, with McManus backing him up.

“We need to do this for these workers because it's wrong,” McManus said. 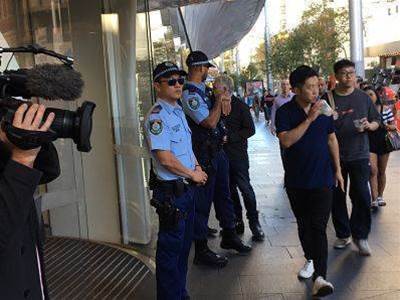 In a sign of the trepidation online platforms are feeling at the prospect of an incoming Labor government, the oversized prop invoice – stamped overdue – was symbolically accepted by someone from Uber after it tactfully allowed delivery rider through the front door for the union picture opportunity.

That rider was Leo, who said that “the fight is really big and everybody needs to help us and I think it's important to not only for delivery riders but for other kinds of professionals as well, because it's really scary.”

Leo was flanked by another delivery rider, Paolo, who would have carried the big plastic bill except his arm was broken. Both speak English as a second language.

“You can see is a very dangerous work,” Paolo said.“I broke my hand … seven pins. I have three friends, they also get worse accidents and Deliveroo and also Uber Eats is decreasing the payments for each delivery.

When the bill was presented, Uber staff hid from the cameras as the very noisy, small but well organised doorstop protest continued.

It visibly confused other delivery riders forced onto the footpath because of ongoing light rail works. You get that. 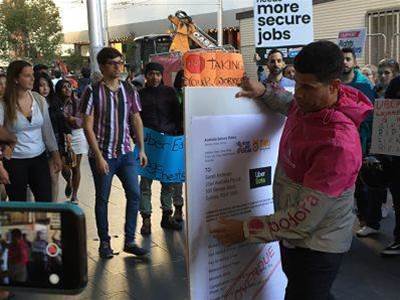 McManus then doubled down on regulatory arbitrage by digital platforms.

“The reason why we see these workers were not even paid the minimum wage, and not covered by workers compensation if they get injured, and not protected with the basic rights of other workers is because these huge multinationals are exploiting loopholes in our laws and …laws around the world,” McManus said

“They're not paying tax and they're not giving workers rights. We will see our rights move back two centuries if we don't move to upgrade our laws. These workers deserve the same rights as other workers in Australia, the right to bargain directly with their employer, the right to the minimum wage, the right to health and safety, protections like other workers.

“We need to do this for these workers because it's wrong,” McManus continued.

Labor may not yet have an official tech manifesto. But whether campaign headquarters (CHQ) likes it or not, the party line was just delivered. 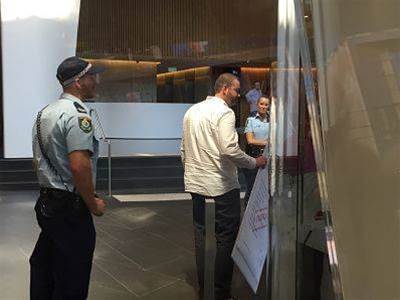 No handshake, no tip.
Got a news tip for our journalists? Share it with us anonymously here.