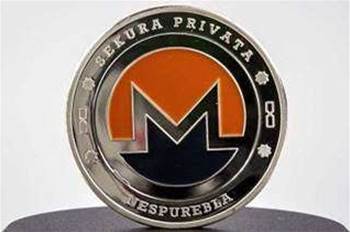 Unlikely to be missed, given its history.

Coinhive, the maker of an in-browser cryptocurrency miner that became a staple of cryptojacking campaigns, is set to close down.

The company said in a blog post that current prices for Monero, its favoured cryptocurrency, made mining operations unviable.

“Some of you might have anticipated this, some of you will be surprised,” it said.

“The decision has been made. We will discontinue our service on March 8, 2019.

“To be completely honest, it isn’t economically viable anymore.”

Coinhive said that the cryptocurrency crash had shaved off 85 percent of Monero’s value in the space of a year.

In addition, Coinhive blamed a hard fork of Monero - a code change to the underlying protocol that essentially splits the currency into old and new versions - in October last year for the currency’s woes.

It was reported at the time that trading volumes halved after that fork, and Coinhive said “[that] hit us hard”.

Another hard fork is planned for March 9 this year, and Coinhive said that had also played a role in its decision to close down.

Coinhive closed by saying “thank you all for the great time we had together”.

However, many people exposed to Coinhive’s code may not remember the times so fondly.

One of the main uses of Coinhive’s code was as part of cryptojacking campaigns, where the code was secretly stitched into hacked websites.

Visitors to those sites had their compute power used to mine Monero for the attackers.

“Much like a malware infection by a malicious bot or Trojan, Coinhive’s code frequently locks up a user’s browser and drains the device’s battery as it continues to mine Monero for as long a visitor is browsing the site,” security journalist Brian Krebs said.

Coinhive later made a specific opt-in version of its code, which is called AuthedMine.

It was used by the likes of charities, such as Unicef Australia, as an experimental fundraising mechanism.