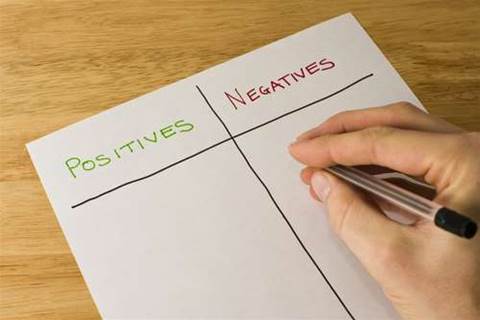 Speaking after a “policy update” to the Australian Telecommunications User Group (ATUG) conference, Smith faced a number of questions on whether the Coalition would scale back or otherwise change the NBN rollout should it win power at the next election.

“I’m not going to commentate on what we may or may not do,” Smith said.

“I’ll make an announcement when we release our policy in good time.”

Smith had earlier indicated the Coalition was unhappy with the Government’s NBN approach. It remained to be seen what that would mean for the project if it were to land in the Coalition’s lap after the next election.

“We do want to see faster, better and more affordable broadband but it doesn’t mean we have to agree with the approach the Government has taken [and it doesn’t mean] taxpayers should be made to carry most of the risk,” Smith said.

He believed the OPEL project - which the Federal Government canned in favour of NBN - still represented “a reasonable template”.

“What the Government is looking at [with broadband is the equivalent of] looking at the national highway system, seeing a number of defects and saying ‘What we’re going to do is build an entirely new highway system and the public can deal with [the old one] as it is,” Smith said.

Smith told ATUG delegates that there appeared to be “no certainty” in the Federal Government’s eight-year NBN timeframe that faster broadband would actually be delivered as promised.

He denied the Coalition was adding to that uncertainty through its lack of policy guidance.

“I note the artist’s impression and architect’s drawings are impressive but when it comes to delivery it’s often chaotic,” Smith said.

“Even if NBN Co end up getting access to Telstra infrastructure and their ducts, there are still very many real hurdles and obstacles.

“We all know that system of ducts or pipes was built over many decades and that the layout obviously mirrored our urban expansion.”

He said that meant there was “no great universality” in their design or capacity. That meant fibre may be threaded through existing ducts (in addition to or in place of copper) or hung overhead.

He claimed Senator Conroy had “not been keen to talk about” at what level overhead wires would be hung with respect to other overhead cables - leading to some head-shaking amongst delegates and audible mutters of “that’s not true.”

The only policies outlined were in response to legislation being introduced to Parliament.

Smith re-iterated his party’s opposition to the break-up of Telstra but added another bill - prescribing amendments to the Do Not Call Register - to those which the Coalition would attempt to vote down.

“We will not support the Do Not Call Legislation in it’s current form when it comes before the House,” he said.

“Extending it to business-to-business calls would be the creation of another Conroy train wreck which is very much in the making.

“It would be very much in public interest terms if the Minister withdrew his bill.”