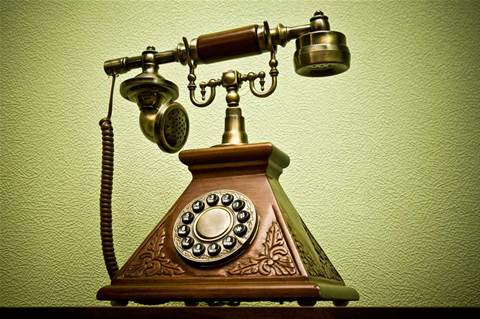 Though hundreds of triallists have already used voice over internet protocol (VoIP) services over an NBN data connection, this week's trial marked the first time users could tap into one of the two voice-only ports - dubbed "UNI-V" - on their NBN equipment.

The voice ports included an in-built session initiation protocol stack - the most common standard for IP telephony - that effectively allowed users to directly connect a standard PSTN phone without requiring a capable modem or analogue adapter.

Use of the port, to be activated by NBN Co next month, would allow service providers to begin providing telephony in addition to broadband, or voice-only services to customers who did not wish to use a broadband connection.

However, NBN Co's price constructs meant a voice port on the device could not be accessed without first purchasing at least one data port, at a minimum cost of $24 a month for the basic 12/1 Mbps, even if the broadband service was left unused.

Telstra currently offers line rental at a minimum of $22.95 per month.

An NBN Co spokesman confirmed the company would not offer a voice-only wholesale product.

"NBN Co is the infrastructure provider, and it will be for the RSPs to develop and innovate the service range that sits above the NBN," they said.

Internode product manager Jim Kellett said the company was continuing to investigate prices around a voice-only service, with an achievable target so far of $29.95 a month.

The company had received a "surprising amount" of requests for the ability to use the UNI-V port, though it was yet to ascertain how many would use a voice-only service rather than bundled offering.

All trial users on the NBN were automatically signed to an NBN broadband service.

"There's a lot of people out there that just aren't fussed with that sort of thing," Kellett said. "They have a PSTN service where they just plug in and make calls. They want that but on the NBN."

Kellett said the bundling constraints were "awkward" but that a voice service would maintain few overheads and could be offered at a cheaper retail price than an equivalent data product.

The largest cost restriction was the wholesale cost imposed by NBN Co.

"The UNI-D [data port] will be sitting there active but unused," he said.

The issue was particularly worrying for the elderly, pensioners and others who did not want a broadband service but would be pushed on to the fibre network when Telstra decommissioned copper in their areas.

It differed from the remaining seven percent of Australian premises where Telstra was still obligated to maintain a copper network after the network was completed.

Communications minister Stephen Conroy foreshadowed potential additional oversight to be given to ACCAN on the issue.

He told the ACCAN's first national summit this month that existing price caps charged by Telstra for basic voice services would continue under the NBN.

"Telstra currently has arrangements in place which ensure a standard telephone service is universally available, including basic prices for basic services and additional discounts for pensioners," he said.

A spokesman for Conroy did not return requests for further comment by the time of publication.

"The overall policy framework for NBN appears to have significantly overlooked voice-only customers and there's quite a lot of them," Fletcher said.

"If the only option for them is to take, what is in essence a bundled data and voice product to continue to get voice connectivity, that's a very bad outcome.

"Are we in fact facing a world in which voice-only customers, many of which are low-income, are facing steep price increases, if they're going to continue fixed lined connectivity?"

Theresa Corbin, chief executive of ACCAN, said low-income earners would "absolutely" be paying more without significant intervention from the Federal Government on the issue.

"It is of great concern to us that at this stage we have no information about whether the low-income measures that exist for phone services will be continuing into the future," Corbin said.

The UNI-V trial also marked the first test of the battery backup device installed alongside customer premises equipment as part of the NBN.

The backup was designed to power the two voice ports for up to five hours in the event of a power outage.

It would allow unpowered telephones to continue operating for emergency services but would not power any active telephones or the data ports on the premises equipment.

The backup has, to date, been installed at every NBN-connected home, regardless of whether users intend to adopt a voice service over the UNI-V port.

It had led to some criticism, with Greens senator Scott Ludlam calling for an optional installation as is the case at Telstra's South Brisbane fibre project.