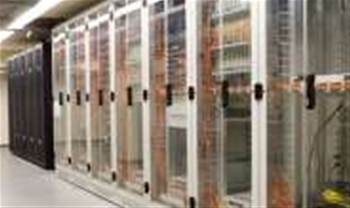 As demand for services skyrockets.

Cloud providers are leading a rush on spare data centre power capacity as demand for their services skyrockets.

As citizens in many countries including Australia face the prospect of months of work from home, entrepreneur Bevan Slattery warned that a capacity grab is already underway.

“With the absolute rush of people moving to the cloud due to coronavirus, cloud providers are seeing 50-100 percent capacity spike already and are expecting 100-200 percent requirements [increase] in the near term,” Slattery said.

“Already major clouds are scrambling to grab every available Megawatt of data centre capacity available and locking up future builds.

“All of a sudden demand is massively outstripping supply and with that comes pricing pressure on the upside.

“If you want to serve this rush, you need gigawatts of capacity, stat. Once the existing capacity is absorbed, it will take 12-18 months for new capacity to be brought online.”

Slattery predicted that data centre operators may have to think about rationing available power capacity to their facilities to deal with the sudden increase in demand.

An Equinix Australia spokesperson told iTnews that it had “witnessed a more than 40 percent surge in internet exchange traffic in Sydney” since the beginning of January.

“The current shift in digital consumption patterns has never been so drastic in such a short span of time,” the spokesperson said.

“Network operators are reporting a surge in internet usage up 20-30 percent on average and more in the most adversely impacted markets.

“For context, that type of growth seen in a 30 day period would have previously occurred under normal circumstances within a nine-month period.

“Unified communication vendors like WebEx, Zoom and Cisco are reporting more than 100 percent increases and we support a lot of those applications.”

Equinix said that while organisations were already deploying cloud-based tools like Zoom, Teams and Slack before the pandemic, “the current environment has created a surge in the uses of those tools along with document sharing and collaboration resources such as Box and OneDrive.

Microsoft said over the weekend that it had “seen a 775 percent increase of our cloud services in regions that have enforced social distancing or shelter in place orders.”

It clarified that astronomical figure on Tuesday as referring only to Teams use in Italy; however, other numbers, such as a tripling in Windows Virtual Desktop usage, still stand, and the vendor appeared to also stick to guidance for Azure customers in regions facing a demand surge.

“We are expediting the addition of significant new capacity that will be available in the weeks ahead,” Microsoft said.

“Concurrently, we monitor support requests and, if needed, encourage customers to consider alternative regions or alternative resource types, depending on their timeline and requirements.

“If the implementation of these efforts to alleviate demand is not sufficient, customers may experience intermittent deployment related issues.”