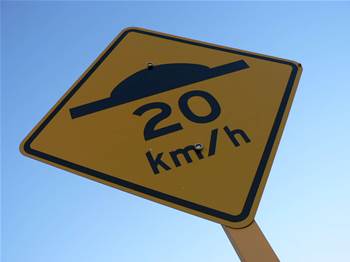 Gartner has pushed out its expectation of cloud email's 10 percent market share milestone from next year until 2014.

Despite growing confidence and uptake in cloud email and collaboration, it has been slower than analyst firm Gartner first predicted.

“Cloud-based collaboration services appear to be forward priced and, while we do expect the cost of Cloud Email and Collaboration Services (CECS) to follow a cost-learning curve, the motive for much of the investment in CECS appears to be cost reduction," he said.

“Thus, if CECS otherwise makes sense for an enterprise, it would be far better off proceeding now, while requiring that the CECS supplier guarantees to continue to reduce prices as prices in general fall in the market."

Other reasons for the slower than expected takeup were recently installed email systems that may not have reached their end of life, while regulatory scrutiny for senior officers meant organisations tended to retain a small, core in-house system.

Even when cloud email reached the tipping point and accelerated uptake took place, Gartner predicted that growth would slow in 2020 when market share was expected to exceed 55 percent.

The analyst firm recently gave Google’s Gmail for the enterprise the thumbs up, ranking it a qualified rival to Microsoft’s Outlook and Exchange dominance of corporate inboxes.

The tick of approval came after Google and Microsoft clocked up major enterprise cloud email deployments across several US government agencies, including Google's 17,000 seat win at chief procurement agency, the General Services Administration.

The pair have locked horns in recent months over government accounts, with mud-slinging over each platform's security and Google alleging unfair tendering processes -- in the US Department of the Interior’s cloud email migration and the US Department of Agriculture’s 120,000 seat move to Microsoft’s platform.

In Australia, many of Microsoft's and Google's cloud email contracts have come from universities shifting student email to the cloud, while more recently Microsoft and Fujitsu sealed a 50,000 seat SaaS email deployment with Westpac.