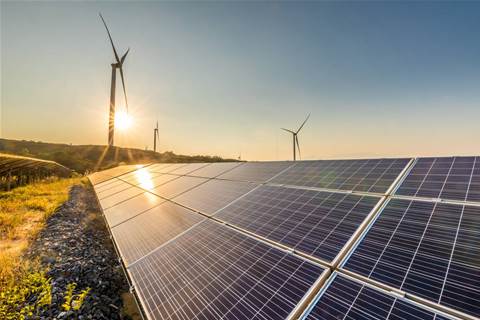 The Clean Energy Regulator is planning to decouple business rules from its suite of applications in a bid to reduce software development costs associated with frequent regulatory changes.

The agency, which is tasked with monitoring and reducing emissions, went looking for rules engine software last week after recieving $24.5 million over four years in last year's federal budget.

It will use the funding to embark on a four-year transformation program aimed at simplfying the process of buying and selling emission reduction units for the public and private sectors.

An emission reduction unit is a tradable unit under the Kyoto Protocol that represents “one tonne of carbon dioxide-equivalent of emission abatement or sequestration”, according to CER.

Under the program, the agency will rebuild and consolidate its registries and systems on a new platform, while also establishing an Australian Carbon Capture Credit Units exchange trading platform.

As reported by iTnews, CER last year migrated 100 percent of its systems to a Microsoft Azure public cloud environment – one of the first small federal government agencies to do so.

“We are 100 percent in Microsoft DevOps, Microsoft Azure and Microsoft 365, so we will have nothing in another data centre at the end of this month,” chief information officer Steven Stolk said at the time.

With the cloud platform up-and-running, the agency has turned its attention towards its next challenge; replacing all of its legacy apps on the Azure stack and introducing a rules engine to support the enhacements.

“The system enhancements and new platform are underpinned by rules engine technology, as a foundation on which the architecture will revolve around,” request for thender documents state.

CER said the engine was a “key streamlining technology” that would reduce the cost of maintaining its regulatory system, including as a result of changes in policy, regulations and determinations.

“The role of the business rules engine is to simplify applications by isolating rules that change frequently and to provide non-technical users with a platform to view, edit and test rules,” it said.

“The CER hopes to benefit from reduced software development costs, the ability to update rules quickly, and improved business/IT engagement.”

The software will be used to calculate and determine eligibility for benefits, as well as determine a “risk score for an application, person or business based on a range of data inputs and factors”.

CER is looking for software that can be deployed onto its Azure environment, preferably in software-as-a-service form as long as it meets the protected security classification.

The successful tenderer will be required to conduct initial installation and configuration of the software in CER’s cloud environment, as well as any training for developers, testers and rule authors.

CER is planning to sign a contract for up to six years for the work.

Services Australia has also sought to decouple business rules from its systems in recent years - with the help of Infosys - under its massive welfare payments infrastructure transformation program.