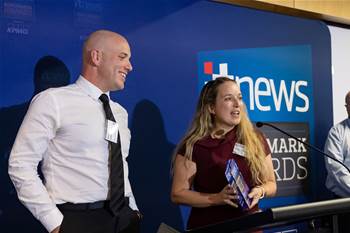 City of Unley has taken out the local government award at the 2022 iTnews Benchmark Awards for its tree canopy change digital twin.

The digital twin was introduced last year to accurately measure and monitor changes in tree canopy coverage across the Adelaide council's area over time.

Such a process had previously been laborious, with staff manually applying grid-based measurement to aerial photographs to understand change – a process that took months and had a high error rate.

But with a pledge to increase total canopy coverage by as much as 20 percent by 2045, the council was keen to better understand how its different policies and program were affecting growth.

Developed in partnership with local geospatial technology company Aerometrex, the digital twin uses LiDAR data captured in 2018 and 2021 to compare changes over the three-year period.

Council staff then mapped out the changes at the property level and overlaid the canopy maps with boundary layers, development and building data, and tree maintenance data.

It also showed that tree canopy loss on private land is 2-3 times higher than on council land, and that growth of existing trees contributed five times as much new canopy cover than newly planted ones.

Information from the digital twin is also being used to educate ratepayers, with rates notices sent to residents including details about their property’s canopy coverage percentage.

City of Unley also worked with an Adelaide-based tree management solution provider on an app that lets the community visualise changes on their property.

You can learn more about City of Unley’s work alongside the other winning projects and finalists in here.