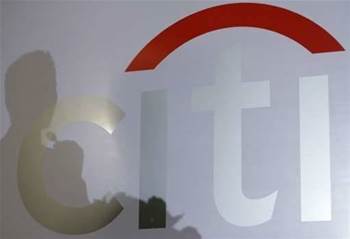 Australia now on board.

Global financial services giant Citibank says it is willing to forgo any shot at competing with the big four in the Australian market in order to pursue more lucrative, border-hopping customers.

“There will be times when our competitors are leading us in any one particular market,” he conceded in an address to the FST Media summit in Melbourne yesterday.

But Potter said the global giant – serving a total 100 million customers worldwide – is instead playing to its strengths to target the kind of affluent, high-flying consumers that account for 80 percent of financial services revenue.

This particular base, he explained, values international mobility in banking services, such as a single view of their accounts regardless of jurisdiction.

In response, Citibank is investing heavily into a common global banking platform spanning all 40 of its host countries, to deliver a ubiquitous experience “that will follow our customers around the world”.

Worldwide, local operations have been asked to minimise their customisation of the common platform to meet the laws and regulations of the specific jurisdiction – but to go no further.

“We need to be able to provide services to our clients wherever they choose to work, play or travel,” Potter said.

Australia recently became the eighth Asia-Pac Citibank location to complete the migration onto the global system.

The local arm of the project was big enough and expensive enough to require sign-off from the global Citibank board, Potter said.

It was “a huge effort three years in the making, which saw us replace 80 independent systems into one core banking platform".

The move will allow the bank to finally make the most of its global scale – an opportunity it has been preventing from seizing fully in the past – and truly adopt a “build once and deploy many times” mentality.

“Every country had their own versions of the technology,” Potter said. “Effectively we were a federation of banks under one brand.”

Revenue, rather than efficiency, is the object of the global platform exercise, as the bank seeks to appeal to those high value consumers.

“The overwhelming motivation was revenue growth. There will be some cost savings achieved, there will be some redundant systems we can close down and some consolidation achieved, but really the business case is based on revenue improvement,” Potter said.