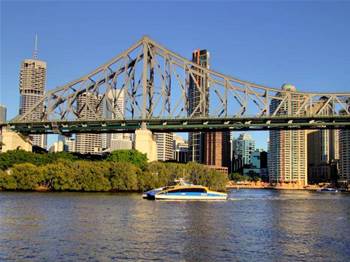 Windsor facility to be decommissioned.

State Government agencies have begun migrating IT infrastructure from the Windsor facility to CITEC-managed data centres at CITEC's main office in Edward Street, Brisbane and its caged-off server room space within the new Polaris data centre in Springfield.

In a statement to iTnews, a spokesperson for the Queensland Department of Public Works confirmed that part of the $30.1 million allocated to CITEC in the Queensland State budget last week would be spent on the consolidation of a large number of small government-owned computer room facilities.

Live service migration will be managed by using "new infrastructure established at technology refresh points" and will be facilitated by a high capacity fiber-optic network connecting the data centres, the department said.

The department said the consolidation and decommissioning of small government-operated CBD computer rooms will be based on agency infrastructure refresh cycles over the next few years.

It is expected that the consolidation will save on operational costs, increase reliability, improve business continuity capability and the ability to meet agencies' increasing demand for high-quality data centre accommodation.