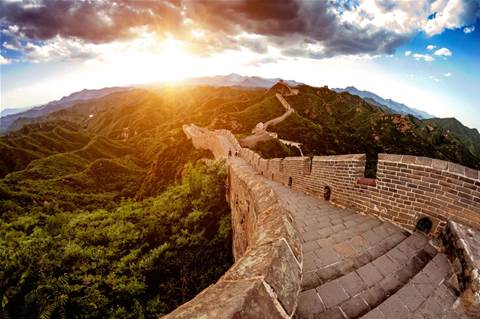 Cisco has revealed plans to invest in commercial cloud computing services in China through a joint venture with one of the country's local electronics manufacturer, TCL.

Cisco will invest US$16 (A$18.2) million in the new firm, which has not been named and is still being registered, and hold a 20 percent stake, according to a filing made with the US stock exchange. TCL will pay US$64 (A$72.8) million for an 80 percent share.

These investments will be made over three stages, each of which will require the approval of both parties. No timeframe for the investments was given.

The agreement follows other US technology firms -- including Amazon, IBM  and Microsoft  -- as they move into cloud computing services in China, undeterred by the rocky business climate for American companies with tensions between the world's two largest economies over cybersecurity.

The new company will build data centres in China, and set up cloud-based video communication and collaborative office systems for Chinese small- and medium-sized enterprises and industry users.

The size of the joint venture may be expanded, based on market needs and the development of the company, TCL said.

TCL, through an offshore affiliate, will name four directors and Cisco will name one. The affiliate will also be responsible for deciding on the core management team.