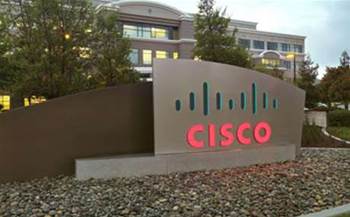 And mean it has to break a promise to never allow surveillance.

Cisco has warned Australia’s planned decryption laws will “result in the creation of backdoors” and is concerned at having to backtrack on an “unequivocal” promise by CEO Chuck Robbins not to allow backdoors in its equipment.

In a submission [pdf] to a joint parliamentary inquiry on the decryption bill, Cisco said the bill would undermine customers’ trust in its products.

“Trust must be continually earned and can easily be wiped away,” it said.

While the federal government has repeatedly claimed the law would prohibit the creation of backdoors, Cisco says the opposite will occur, arguing it's simply a case of semantics.

“We have defined a backdoor to include any surveillance capability that is intentionally created and not transparently disclosed,” Cisco said.

“To the extent that the bill would require, via a technical capability notice (TCN) the creation of a capability while simultaneously preventing [us] from documenting the existence of that capability, the law would result in the creation of backdoors.

“To be clear, Cisco does not accept that the concept of a backdoor should be narrowly constructed to mean a universal mechanism for removing decryption (sic) or other forms of electronic protection applied to communications”.

Cisco said that any “undisclosed surveillance function” would “violate our public pronouncements to the contrary”.

CEO Chuck Robbins told a Gartner symposium in 2016 that “we don't provide backdoors. There is no special access to our products."

Cisco said it was not alone in having a “no backdoors” policy and indicated it was significantly worried about having to either backtrack on that, or - worse - being unable to say it had backtracked due to the secrecy provisions in the proposed Australian law.

“To maintain the trust of its customers, Cisco believes that any form of surveillance technique which is implemented in its products must be publicly disclosed,” it said.