Cisco braces for biggest layoffs in its history 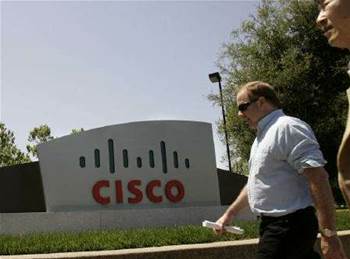 Looks to slash costs by US$1 billion.

Cisco Systems is expected to cut thousands of jobs in possibly its worst-ever round of layoffs to meet Chief Executive John Chambers' goal of slashing costs by US$1 billion.

Four analysts contacted by Reuters estimated the world's largest maker of network equipment will eliminate up to 4,000 jobs in coming months, with the average forecast at 3,000. That would represent four percent of Cisco's 73,000 permanent workers. It also employs an undisclosed number of temporary contractors.

Cisco's previous record layoffs was set in fiscal 2002, when the company shed some 2,000 jobs, according to Canaccord Genuity analyst Paul Mansky.

That was back when the Internet bubble burst, ending a period of unrestrained spending on technology products as Internet start-ups and old school companies alike rushed to establish a Web presence.

But this time, Cisco cannot point to bad market conditions or a weak economy as excuses for wielding the axe to its payroll. Instead, Chambers last month took responsibility for mistakes in managing Cisco, saying it needs to focus on its core businesses and be more disciplined about expanding into new areas.

Thus, some of the layoffs are expected to come from businesses that Cisco pulls out of in coming months. Chambers, who has led Cisco for 16 of its 26-year history, has said he will pull out of some non-strategic areas where Cisco is not the No. 1 or No. 2 player.

A month ago Chambers said Cisco would dump its Flip video camera business, axe 550 jobs and take a charge of US$300 million related to the move.

Chambers is yet to disclose which business will be next to go, but Cisco has invested heavily in a wide range of consumer products that have yet to take off, including its Umi home video conference system and home security cameras.

Cisco said on Wednesday that it planned to trim its workforce as part of a plan to cut some US$1 billion in costs from its annual budget. Executives declined to comment on how many jobs they will cut, saying they will make an announcement by the end of summer.

Wall Street analysts, who were disappointed with the low revenue forecast that Cisco gave for the current quarter and the coming fiscal year, said they were pleased to see Cisco taking quick and decisive action on restructuring.

"It's hard to criticise the pace and scope," said Colin Gillis, an analyst with BGC Partners. "We all love the billion dollars in cost savings, but you never cheer people losing their jobs."

Nonetheless, Cisco shares fell 4.8 percent on Wednesday, as analysts said it would take many quarters to revive the company.

One of Cisco's key challenges will be to boost the revenue and profit margins of its single largest business -- selling switches that form the backbone of the Internet and corporate networks -- with a smaller workforce.

That unit's sales have fallen in the past two quarters amid steep competition from Hewlett-Packard Co and Juniper Networks, whose sales are growing.

Cisco's planned job cuts stand out at a time when most other U.S. technology companies have started to add jobs after cutbacks during the recession. HP said last week that it was hiring more people to sell switches.

Cisco Chief Financial Officer Frank Calderoni said in an interview late on Wednesday that he did not know when switching sales will start to grow again.

"Part of the issue in there is competing with lower-priced competitors," said Alkesh Shah, an analyst with Evercore Partners. "By cutting these costs -- as well as being more aggressive in pricing -- they will be able to be more competitive."