CIOs and vendors: How close is too close? 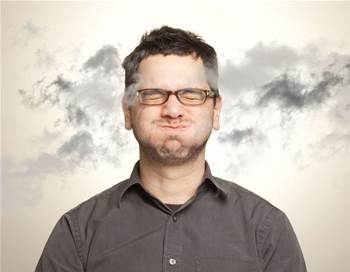 What to do when you need breathing space.

Large IT deals are often described in strategic partnership terms where customer and supplier collaborate to achieve a successful project outcome.

They can involve vendor or supplier staff embedded in customer organisations to understand the business and be on hand to assist with changes.

The reasons for seeking and building that partnership seem benign enough but the question of how close is too close is hotly contested.

He says that clients are often fearful of letting a supplier get too close.

"They're just humans - they shouldn't be too scary," he says. "Most suppliers have a genuine interest to help."

Let a supplier get too close and you could end up paying a lot more for the job or find yourself leasing back intellectual property that once sat internally, Phoenix Consulting co-founder Hayden Kelly says.

"I'm working for a large corporate now. They've been with a vendor over a period of time, and I'm not saying it's a conscious thing [but the vendor's] virtually stripped [the corporate's] IT group of their IP," he says.

"In a lot of cases you end up buying your IP back at a premium."

Solving problems of distance in vendor-client relationships can be costly.

But there are early warning signs that your supplier has gotten too close and ways that you can stop and regain breathing space without affecting the relationship.

Kelly says that allowing a vendor or supplier to stake a permanent presence in the organisation - such as embedding staff or setting up a project office - can be a bad idea.

He says it not only allows them to "pick the eyes out of every opportunity" that comes up internally - perhaps preventing it from being put out to market or competitive tender - it can be the start of a gradual loss of intellectual property.

"It's all couched under partnering," he says.

"They ingratiate themselves into the corporate and nobody even considers the alternatives.

"They become almost part of the management team."

Another symptom that your supplier is too close is if they are able to start work on a project before it officially gets signed off.

"What [the supplier will] do is: they'll front-end the cost in the work that's done before it's signed off.

"Nobody tracks the 30 percent that was in progress before the appropriate sign-offs were approved."

A third - but less common - sign is if the supplier is engaged to start scoping programs of work.

"I saw a major corporate last year pay one of the major suppliers $12 million to scope a $180 million job, which they were always going to bid [for]," Kelly says.

"That gets back to the loss of IP. If you haven't got anybody in-house capable of scoping the job, you go to the vendor and of course it suits their offer.

"It's a self-fulfilling prophecy."