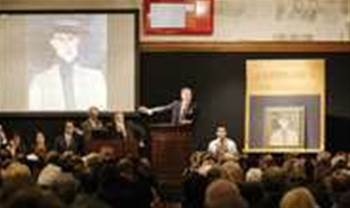 Auction house Christie’s has modernised its core legacy applications in an effort to reduce risk and cost.

The firm’s critical property auction system and other business platforms were based on end-of-life hardware and software supplied by Data General (DG), which has now been moved to a Windows Server 2003 environment.

Tools provided by Micro Focus and Transoft supported parts of the migration, such as the recompilation of the original system code into Cobol for execution on the new platform, as well as the automation of the process.

“However, the system’s continued dependency on the DG mainframe was viewed as an unacceptable business risk. With there being no possible package replacement for the system, migration offered a quick, cheap and low risk option.”

The modernised system is now up and running across Christie’s offices in 12 cities worldwide.

Got a news tip for our journalists? Share it with us anonymously here.
itweek.co.uk @ 2010 Incisive Media
Tags:
applicationschristiescorehardwaremodernisessoftware