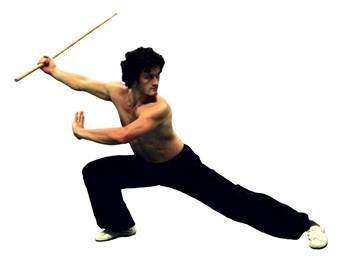 The head of the Shaolin Monastery, birthplace of the Chinese art of Kung Fu, is suing an internet user for suggesting that its monks were beaten in combat by a Japanese ninja.

An internet user called 'Five minutes every day' made the accusation on the Iron Blood Bulletin Board Community and kicked up an enormous row.

Japan is the traditional enemy of China and the suggestion that its martial art could be beaten by the Japanese system has caused outrage.

"The so-called defeat is purely fabricated, and we demand the internet user to apologise to the whole nation for the wrongs he or she did," The Beijing News said, citing a notice announced by a lawyer for the Shaolin monks.

The posting claimed that a Japanese ninja studied for four years and asked for a contest at the Shaolin Monastery. The posting went on to say that the ninja beat many of the monks, showing that they were all show and no substance.

However, it appears the poster was satirising the monastery, and in particular its head, who has a chauffeur driven car despite being a strict Buddhist. The poster has since apologised for the comments.

"What I wrote was fiction. I apologise to Shaolin Temple and all my readers, " the bulletin board visitor wrote.

"I hope that the Shaolin masters will exercise their Buddhist compassion and virtue, and forgive me. Thank you very much."

The Shaolin fighting system has been practised for over 1,500 years after being conceived by an Indian monk called Bodhidharma after a nine-year meditation.

The practice was spread by wandering monks in the 18th century after the temple's destruction.
Got a news tip for our journalists? Share it with us anonymously here.
Copyright ©v3.co.uk
Tags:
chineseclaimsfightmonksninjasoftwareweb