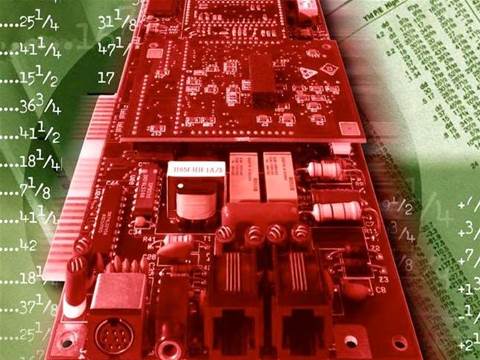 Runaway growth to triple sales to US$44bn by 2011, analyst predicts.

There is huge demand for chips in China from the country's vast, export-driven consumer electronics manufacturing industry.

As a result, China's explosive growth in demand for chips is barely expected to slow in the foreseeable future, according to Li Ke, an analyst with Beijing-based CCID Consulting.

He predicts a compound average growth rate of close to 30 per cent per year over the next four years, meaning that the size of the market will more than triple to US$44bn by 2011.

While chip revenues rose 43 per cent, unit production rose only 36.6 per cent, indicating that prices are rising. This can be attributed in part to the increasing sophistication of chip fabrication facilities in the country, Li believes.

However, wealth generated by the industry has begun to spread from China's booming eastern regions to reach cities in the much poorer west of the nation.

For example, among many foreign firms investing in the industry, Intel and Micron have opened major chip packaging plants in western China.

"It seems certain that western China will tend to become the key choice of multi-national semiconductor companies which intend to invest in the Chinese market in the future," said Li.

"The IC industry in the west will make a large stride ahead with the momentum added by foreign investment."

Chinese authorities have strongly encouraged firms to move to these regions by offering tax breaks, favourable treatment in government contract bids and other incentives.

Fearful of mass unrest, the government is extremely concerned about uneven development in the country.

Got a news tip for our journalists? Share it with us anonymously here.
Copyright ©v3.co.uk
Tags:
13bn chinas chip hardware industry swells to