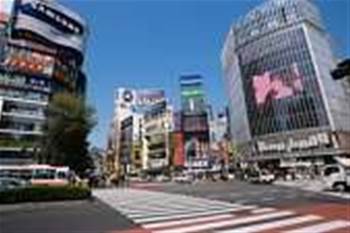 "We are pleased to note that the repair of these cable systems is completed and all our external telecoms services, including internet access, have been fully restored."

Six cables passing around the south east coast of Taiwan were cut, some in more than one location. The links normally carry more than 80 per cent of East Asia's voice and data traffic.

In the weeks following the quake, foreign websites loaded very slowly or were even inaccessible for many people in east Asian nations. Websites hosted in the affected areas were equally hard to reach for outsiders. Telephone links were also hit.

Repair ships were delayed by winter storms and the difficulty of locating multiple broken sections, but telecoms firms were able to partially restore service by using alternative routes which avoided the broken cables.

While the effects of the quake were dramatic, statistically earthquakes rank only slightly above attacks from sharks and other fish as a cause of undersea cable damage, according to data from Alcatel.

More than two thirds of all cable damage is caused by fishing trawlers.

Got a news tip for our journalists? Share it with us anonymously here.
Copyright ©v3.co.uk
Tags:
asiainlinksnetworkingquakehitrestoredweb