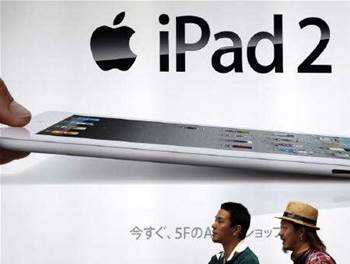 A Chinese court has sentenced three people to prison for stealing commercial secrets regarding Apple's iPad 2 from a main supplier in Taiwan.

The Shenzhen Bao'an People Court said that the head of a Chinese electronics-accessories maker paid a former employee and a then-active worker at Hon Hai Precision Industry for information months ahead of the release in order to produce protective cases for the iPad 2.

The three were fined and sentenced to prison terms on Tuesday ranging from 12 to 18 months for stealing commercial secretes valued at about two million yuan ($294,000), the court said via Sina's Weibo, a Twitter-like microblogging service in China.

A Hon Hai spokesman said the company respected the ruling of the court and had no further comment.

Hon Hai, a unit of Foxconn Technology Group, makes the iPad 2 and other gadgets for Apple in its factories in mainland China.

Hou then paid Lin Kecheng, a Hon Hai research and development employee, to get digital images of the device's back cover last September, half a year before the iPad 2 was officially released.