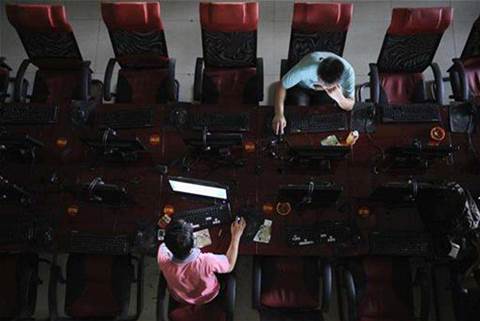 Attempts to curb dissent on the net.

The Chinese Government is considering new laws that require internet users to register with their real names when signing up to network providers, state media said on Tuesday, extending a policy already in force with microblogs in a bid to curb what officials call "rumours" and "vulgarity".

A law being discussed this week would mean people would have to present their government-issued identity cards when signing contracts for fixed line and mobile internet access, state-run newspapers said.

"The law should escort the development of the internet to protect people's interest," Communist Party mouthpiece the People's Daily said in a front page commentary, echoing similar calls carried in state media over the past week.

"Only that way can our internet be healthier, more cultured and safer."

Many users say the restrictions are clearly aimed at further muzzling the often scathing, raucous - and perhaps most significantly, anonymous - online chatter in a country where the Internet offers a rare opportunity for open debate.

It could also prevent people from exposing corruption online if they fear retribution from officials, said some users.

It was unclear how the rules would be different from existing regulations as state media has provided only vague details and in practice customers have long had to present identity papers when signing contracts with internet providers.

The government says such a system is needed to prevent people making malicious and anonymous accusations online and that many other countries already have such rules.

"It would also be the biggest step backwards since 1989," wrote one indignant Weibo user, in apparent reference to the 1989 pro-democracy protests bloodily suppressed by the army.

Despite periodic calls for political reform, the ruling Communist Party has shown no sign of loosening its grip on power and brooks no dissent to its authority.