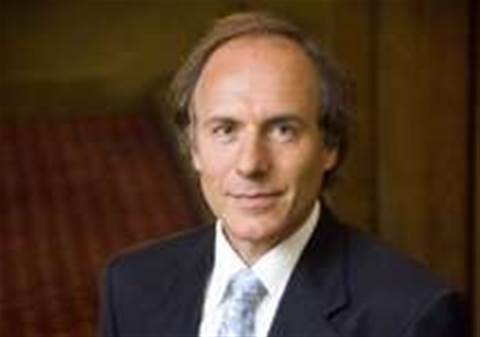 The federal Opposition is poised to reject proposed voluntary regulation of artificial intelligence in Australia through a ‘Turing stamp’ as a policy option after a key factional powerbroker launched a public attack on the rules system proposed by Australia’s Chief Scientist Dr Alan Finkel.

In its second broadside in a week, the Transport Workers Union (TWU) has pushed for direct regulatory intervention on AI front labelling the Turing stamp proposal as “miles off” and completely inadequate to protect humans from rogue machines and algorithms.

“Voluntary certification would not only fail to provide the regulation necessary to protect our citizens, it also fails to recognise the inability of a machine to predict human behaviour and make human ethical decisions,” TWU Sheldon said.

Finkel in May proposed a voluntary trust mark system that the Chief Scientist insisted "does not mean self-certification."

"It means that the companies would voluntarily submit themselves to an external process. Smart companies, trading on quality, would welcome an auditing system that weeded out poor behaviour. And consumers would rightly insist on a stamp with proven integrity," Finkel said at the time.

However right-faction TWU is now directly challenging that position and conspicuously muscling in on the space.

The move comes as the ALP prepares to go through the motions of thrashing out its official policy platform at Labor’s national conference in December where the TWU holds influential numbers.

The overt public stand, led by TWU national secretary and Senator in waiting Tony Sheldon, is a signal that the broader party will make far tighter regulation of both AI and so-called gig economy a frontline issue in the next election campaign.

With Labor yet to officially formalise any policy position on AI regulation and regulation of digital platform businesses, the TWU’s tough stand is a window into how campaign hard heads see the issues playing out in wider community.

The TWU also this week commenced its test case before the Fair Work Commission over the alleged unfair dismissal of former Foodora delivery rider Josh Klooger which is seeking to set a precedent that gig economy workers can legally be regarded as employees rather than independent contractors.

While the case, in the first instance, primarily targets businesses that rely on cheap, casualised labour, the case is likely to have broader implications on how the growing market in online labour pools and exchanges may be regulated within Australia.

An important second aspect of the Foodora case is what rights gig economy workers may have to organise themselves, with Klooger reported to have set-up an encrypted chatroom to push for better conditions.

“Sand-shoe wearing billionaire entrepreneurs who are driven by profits are in no position to make up ethical rules that permit a machine to decide who dies in a car crash,” Sheldon said.

“Technology, however advanced, will not be able to consider all the variables and make conscious ethical decisions in the same way a human would.”