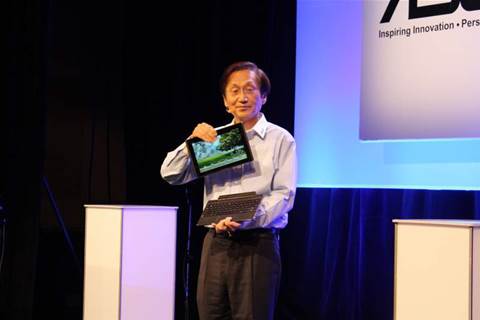 The Eee Pad Transformer is hybrid in so far as it attempts to solve the one bugbear some people have with touchscreen devices – lack of real keys. Plug in a docking station and the Eee Pad 'transforms' into a laptop with a full QWERTY keyboard, along with extra battery life (ASUS rather ambitiously claims it can run up to 16 hours).

The Eee Pad Transformer isn't the first and won't be the last hybrid - AU$89 can buy an iPad owner a docking station for charging the tablet at home, which also includes a full keyboard. Other hybrids appearing this week at CES include the Lenovo LePad. 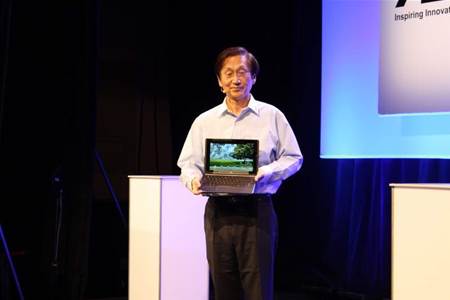 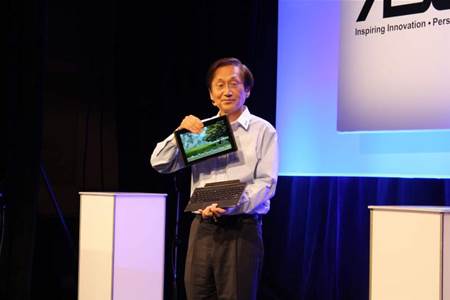 We assume this was meant to happen. The Eee Pad Transformer "detaches".

ASUS has not yet announced when the Eee Pad Transformer will go on sale.

Today ASUS also showed off a 7in tablet (the MeMO) arriving in June 2011 with dual cameras for video chat and the ability to play high definition video ($US499 to $US699), plus a version with a sliding keyboard dubbed the Eee Pad Slider arriving in May ($US499 to $US799).

Toshiba has also shown off an Android 3.0 tablet (running Tegra 2) while Motorola is expected to show off a tablet running Android 3.0 this week at the trade show.

With key features like video chat, screen sizes from 7in and up, and USB and memory card slots, the only question now is how polished Android 3.0 will be, and what Apple will do with the next iPad.