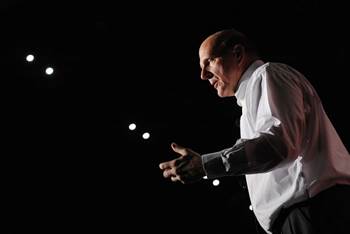 In his keynote address at CES Microsoft chief executive Steve Ballmer has outlined his plans to bring together computers, phones and the television into a single unified internet environment controlled by Windows.

He explained that at the moment computers were the dominant platform for Windows computing but that only a billion people on the planet owned a computer. On the other hand many more owned a mobile phone and for many people this was their first experience of computing.

But in the future Microsoft was looking to add in the 'third screen' – television. He predicted that in the next few years the television would be transformed from a static device to an internet-enabled tool linked into the computer and mobile phone.

“Connecting all together is the last mile to creating real breakthrough for consumers,” said Ballmer.

“The lynch pin for this should be Windows. It will work across all three screens seamlessly.”

He continued that while television resolutions have improved the technology has remained largely static and that this was about to change.

On the phone front Ballmer announced a deal with Verizon which would see Windows Live searching software preinstalled on all Verizon handsets.

Also the new Internet Explorer (version 8.0) for mobiles will have Flash embedded and enhanced links to other popular web sites so users can upload content to web sites and Windows Live.

Windows 7 will be the operating system to link all these devices together he said.

As for the television Windows 7 will be integrated with Windows Media Centre and the company will add new features allowing people to search for specific television programmes. Programmes like Top Gear will also be creating custom applications for Microsoft.

The Xbox is also being used with a launch in the Spring of Microsoft Primetime, a channel on Xbox Live that will increase interactivity for users. This will include an online game show called 'One against a hundred', where players compete in a quiz show for cash prizes.

“We're on the verge of the kind of technology innovation that only happens every 15-20 years,” Ballmer said.

This would be driven by three factors he said. Firstly processors had become so powerful that the software industry was having to rethink how it used the huge computing power it had access to.

Secondly screens and displays are multiplying to the point that they are everywhere and people would have access to much more visual information.

Finally the 'three screens' would converge, to make internet and computing power universal.
Got a news tip for our journalists? Share it with us anonymously here.
Copyright ©v3.co.uk
Tags:
peoplescreenssoftwaretelevisionthreewindows