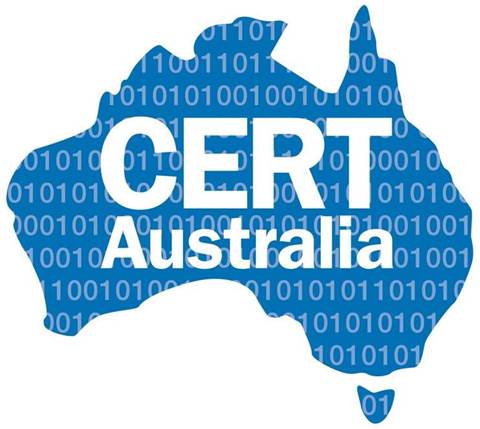 Says 'teething problems' are past.

CERT Australia has denied accusations from former staff that it lacks teeth and direction.

Former senior staff who quit the agency after serving less than two years have told SC they resigned in frustration after the then newly-fledged entity failed to live up to expectations.

But in an interview with SC, CERT Australia's directors brushed off many of the accusations and says others were since resolved teething problems.

The agency formed in 2010 as an information security clearing house and liaison between the state and private sector and other Computer Emergency Response Teams (CERTs) around the world.

Housed within the Federal Attorney General's Department (AGD), the outfit is tasked with identifying security risks within “systems of national interests” including but not limited to critical infrastructure and other businesses. It would also assist those organisations should they be hacked.

The AGD operates the Federal Government's Trusted Information Sharing Network (TISN) in which such organisations would be invited to join and share information about their networks with the agency under non-disclosure agreements in return for non-public security intelligence. The idea of the initiative is for the Government to have good insight into potential vulnerabilities into critical infrastructure networks, and for those operators to become more resilient.

To further this aim, CERT also sends industrial control systems engineers from those operators to Idaho National Labs in the United States for specialist security training.

But former senior staff, speaking on the condition of anonymity, say the agency was constrained by politics and resourcing issues, with one saying he resigned without ever knowing the “mission statement” of the agency, adding that it assisted hacked organisations based on “ad-hoc decision-making”.

One former senior staffer went as far to say the agency was created as part of a “political pissing match” between federal agencies hungry for a stake as the Government increased its information security spend – most recently with a $1.46 billion injection into critical network defence to 2020.

But CERT Australia director Carolyn Patteson fended off the claims, saying while some may have been teething problems, the agency was properly resourced, unhindered by bureaucracy and had forged strong relationships with the private sector.

“I'm happy with the capabilities that we have and the way that we work with other agencies,” Patteson says. “The CERT was only stood up at the beginning of 2010 and it has been a journey.” She says its position with the AGD affords flexibility.

“They way we think about [which organisations we serve] is if they were subject to really serious cyber incidents, it would affect Australia's economic or social wellbeing or our national security … along with those sectors under the TISN, so banking and finance, communication, food, energy and transport.”

Organisations that don't make the cut won't be simply ignored, but could be pointed to CREST-certified penetration testers.

Patteson also says for also says the seven staff, many former skilled AusCERT staff who jumped ship to CERT Australia, who resigned over about an 18 month period have been replaced and the agency has not suffered.

CERT Australia has maintained a low media profile since its creation, however the agency was keen to engage with SC security industry readers to explain its operations.

The agency works closely with technical boffins within the Defence Signals Directorate (DSD),  Australian Federal Police (AFP) and intelligence officers within ASIO, under the Cyber Security Operations Centre (CSOC). Each agency including CERT Australia has between two to four staff in the centre.

Security incidents against government or vital private sector entities are divvied up in the CSOC to Defence, the AFP, ASIO and CERT Australia, and intelligence is shared.

Here the DSD covers government information security issues, and CERT Australia works with private sector businesses, but they often work together due to cross-pollination of security threats.

When the Anonymous collective was smashing payments providers in Australia including Mastercard and Visa following their financial blockade of Wikileaks, CERT worked directly with the businesses or their outsource provider to help mitigate the attacks.

It then reached out to international partners to get them to tear down the botnet command and control servers orchestrating some the attacks, while the Australia Federal Police pursued the attackers' extortion attempts.

“This highlights the value of our business relationships because they were prepared top give us the information on the attacks and data they were seeing,” Patteson says. “With that data we were able to reach out proactively to other businesses to help protect them.”

Patteson says many more examples exist in which her agency worked alongside ASIO or the DSD, but she could not discuss them publicly.

She estimates that one of its staff would be off site assisting a hacked business or training another on average once a week.