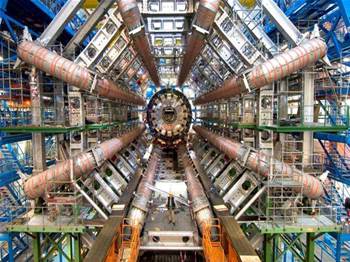 CERN has announced that it is delaying the Large Hadron Collider (LHC) re-launch until September.

The LHC, the world’s largest scientific experiment, had been due to restart operations in June but the extra delay is to put in new safety systems.

The safety systems are designed to stop a repetition of of a ton of liquid helium which shut down the LHC for a year.

“The schedule we have now is without a doubt the best for the LHC and for the physicists waiting for data,” said CERN Director General Rolf Heuer.

“It is cautious, ensuring that all the necessary work is done on the LHC before we start up, yet it allows physics research to begin this year.”

The LNC will now power up in late September and will begin smashing ion streams by October.

CERN hopes to have the first results processed by 2010.

Got a news tip for our journalists? Share it with us anonymously here.
Copyright ©v3.co.uk
Tags:
begincernhardwarelhcpowerrestartsafety