CenITex finances recover as agency prepares to shut down 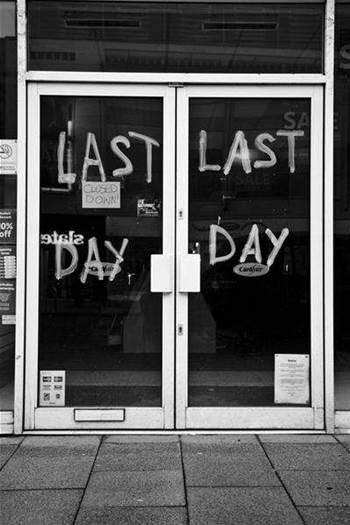 Victoria’s IT shared services agency CenITex has finally broken even after several years of deficits just as the state government offered its first indication of how much longer the agency will exist.

CenITex is set to be fully dismantled in “the next 18 to 24 months” after the majority of its services are outsourced to the private sector, the agency's 2013-14 annual report revealed today.

But the government continues to remain tight-lipped about how many public sector jobs are expected to go as a result.

What is left over after the outsourcing, however - understood to be primarily vendor management functions - will be merged into the Department of State Development, Business and Innovation (DSDBI) through a formal machinery of government change, the report revealed.

“CenITex business planning has been developed under the expectation that once contracts are in place, a new operating model established and all transfer and transition activities completed, then CenITex as an entity will be closed. The exact timing of this would depend on responses to the RFP [request for proposals] process.”

The anticipated timeline for the agency's closure was revealed as CenITex executives celebrated finally getting the agency’s finances back in the black, thanks to a three-year cost cutting regime designed to mitigate the effects of a dwindling revenue base.

According to its latest annual report, CenITex broke even on its service delivery operation in its most recent financial year, despite the loss of 2700 customers as a result of public sector staff cuts.

The agency, which in 2009 employed more contractors than it did internal staff, has also continued cutting back on contingent labour, and as of June 2014 only employed nine contractors, down from a 2011 peak of 251.

He applauded the “tremendous resilience” of the CenITex workforce through uncertain conditions, including ongoing job cuts such as the ‘resource initiative’ aimed at removing 60 FTEs from June 2014.

CenITex counted 532 internal FTE staff on its books at 30 June, down 21 from the previous year.

The annual report attributed the financial turnaround to “significantly reducing labour costs and incurring capital expenditure only on a needs basis to maintain service levels”.

The shared services agency has also focused on renegotiating key supply deals, and has minimised its Windows XP support costs by migrating customer agencies onto Windows 7. The remaining users of XP are expected to be upgraded in 2015.

Another $7.4 million was saved through a “systemic review” of the prices charged for service provision to customer agencies compared to CenITex's delivery costs.

CenITex remains optimistic about its current financial year based on expenditure commitments made by its customers, the agency reported.

Its focus for the coming year will be on maintaining existing services rather than introducing new capabilities.

“Consistent with the Victorian Government ICT Strategy 2014-15, and in the context of ensuring financial solvency during the transition of CenITex, our focus will be on maintaining the stability of current services for our customers," the report stated.

“Given the planned transition, there will be a limited focus on the provision of new services unless there is a critical customer need (e.g. state emergency, bushfires etc.).”