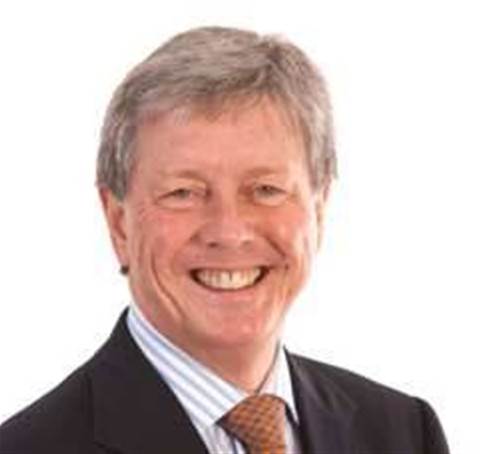 Speaking at the CeBIT conference, Dr Skellern told delegates that there needs to be more 'cohesion' within the ICT sector in order to reap the benefits of the proposed National Broadband Network (NBN).

Seeking development and support from Government requires a united voice, he said, which ties together the needs of industry, R&D and academia and other public groups.

"We have twenty or thirty organisations representing the ICT community in Australia," he said. "I can see the confusion from Government. They must be thinking, what is it this industry wants?"

"[Bitkom] can go straight to [German Chancellor] Angela Merkel and she listens," Skellern told the audience.

Skellern later told iTnews the sector has never managed to provide a single voice to Government. Past efforts to consolidate a national approach to ICT - the National ICT Industry Alliance or NICTIA - splintered due to "too many diametric views coming out from the industry groups."

"The sector has never had a goal that could bring us together before," he said. "I really believe the NBN provides a goal - that it is a platform to digitalise the Australian economy. That is such a compelling cause, of such great benefit to the country. If ever there was a need for a rallying point, this is it. We get one of these opportunities in a lifetime. We have to make the most of it."

Skellern notes how many industry lobby groups are positioning themselves around the NBN with new events and forums.

"All of these conferences are part of the milieu of what needs to happen to form a [sector-wide] view," he said, "but what is important is how we distillate all of these views to Government, how they lead to one set of priorities for the country's benefit."

He does not advocate a Government-appointed forum, but believes the community still needs a single "forum to debate the big issues."

"If we have 1001 pushes in different directions, there will be no coherency; people will get on their own narrow bandwagons around self-interest. The sector really needs to have a look at the broader benefits of the NBN," he said.

"The future success of the Australian economy rests on this. It would be criminal to squander this opportunity simply because the sector can't get its act together."

For an in-depth analysis of ICT industry lobby groups and their approach to the NBN, click here.