CeBIT deemed a hit, despite recession 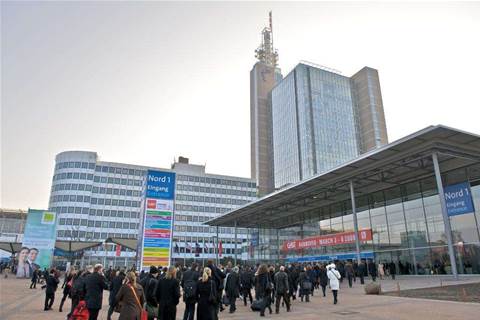 There is an air of confidence in Hannover, despite the number of exhibitors and visitors at this year's CeBIT conference dropping 20 per cent on last year.

Exhibitors at CeBit 2009 said they'd had a successful show and were leaving with their orders books well inked.

"A huge number of exhibitors and visitors are now leaving Hannover with a renewed sense of buoyancy" gushed Ernst Raue, a Deutsche Messe managing board member in charge of CeBIT.

The technology show is one of the world's largest, but this year saw attendance numbers of both exhibitors and visitors drop by close to 20 per cent as the global recession deepened.

The 400,000 visitors and 4300 companies who did show up, however, still didn't seem to feel the week-long show had been a waste of their time.

"Companies who came well prepared reported a jump in significant business leads of more than 20 per cent," echoed Raue, who added that a "spirit of new momentum was felt tangibly by everybody at the show".

Exhibitors from across 69 countries came to show off their wares and numbers indicate the percentage of visitors from abroad remained steady at 20 per cent, with a decrease in attendance from Asia offset by increased attendence from America and the Middle East.

Some 100 political delegations also jumped on the IT bandwagon to spend some time in Hangover for the show.

According to Raue, "several companies who decided against having their own stand this year have expressed a clear interest in rejoining the event in 2010".