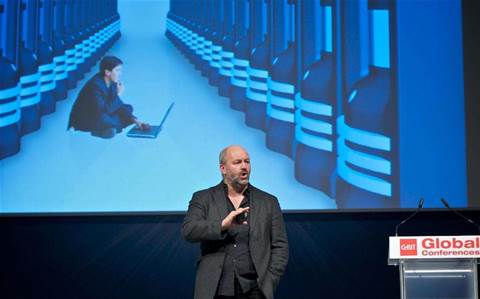 Amazon.com may be a bookseller but its heart is in the cloud, according to Dr. Werner Vogels, vice-president and CTO at Amazon.com

In a keynote speech at CeBit, the Dutchman said the firm's cloud computing service, EC3 "is a serious business for Amazon" and that the firm was committed to pushing forward with "the hard disk in the sky".

The bookseller's leasing service also does away with much of the uncertainty small startups may have when trying to decide whether or not to cough up for hundreds or thousands of servers they may not eventually need, said Vogels.

"You only pay for what you use" explained Vogels, adding that the flexibility aspect of the service was its key asset. "If you bought the infrastrcuture, you're stuck with it", he said.

So how exactly do you go from flogging second hand paperbacks to server space in the cloud?

"We needed to develop it for ourselves", said Vogel, adding it took 200-300 different services to pull together one Amazon page, meaning the company needed a virtual machine which could scale up and down in a matter of minutes.

According to Vogels, Amazon was estimating its technical staff spent 70 per cent of their time doing "undifferentiated heavy lifting" to set up servers and other necessary hardware, and decided that since it now had expertise in doing it, it may as well punt the services out for cash.

The move, which many originally saw as a gamble for the firm, seems to be paying off, but Amazon doesn't seem to be letting its cloud success fog its head.

"It is very important for cloud services that there is no lock in" noted Vogel, saying Amazon allowed its customers to use its tools alongside those from competition services like IBM, Microsoft, Oracle, Salesforce.com, Sun and Red Hat.