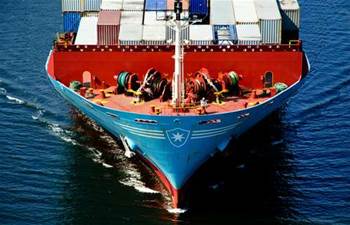 The Commonwealth Bank and Wells Fargo have tested blockchain technology on a real-life international cotton trade in what they are touting as the world's first international transaction between independent banks facilitated by a distributed ledger.

The exchange - between the US subsidiary of Brighann Cotton represented by Wells Fargo, and Brighann Cotton Marketing Australia represented by CBA - piloted functionality of the distributed ledger to automatically trigger release of payment when the cotton shipment electronically pinged en route to its destination in China’s Qingdao province.

Usually this sort of trade would rely on a letter of credit between banks to guarantee that a seller will receive their payment once goods have been shipped.

The distributed ledger solution provides the ability to track the shipment in real time, and speeds up the exchange of payment guarantees to minutes rather than days. Having all parties on a single, collaborative ledger means any changes can be viewed online in an instant.

CBA's Michael Eidel said these sorts of transactions, usually based on paper documents and proof of shipping, are “ripe for disruption”.

“The interplay between blockchain, smart contracts and the internet of things is a significant development towards revolutionising trade transactions that could deliver considerable benefits throughout the global supply chain,” he said.

The pilot transaction was enabled using the Skuchain Brackets system, which has been specially designed to facilitate supply chain business.

The cotton exchange operated as an open account transaction, and utilised a private distributed ledger delivered by Skuchain.

The banks have pledged to continue to probe the applications of blockchain technology, including through ongoing involvement with the R3 consortium of global financial institutions, which is currently working towards an international standard for distributed ledgers.

Wells Fargo’s Chris Lewis said the piloted marked '"nother step in evaluating technology that, over time, could support the evolution of trade finance”.

“While significant regulatory, legal and other concerns remain to be addressed with the technology, we are committed to engaging with our partners to explore potential applications within trade finance,” he said.