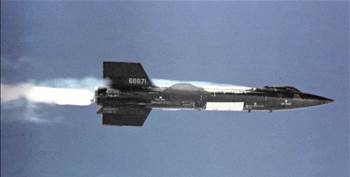 Teams up with Microsoft, KPMG.

The Commonwealth Bank of Australia has launched headlong onto Australia’s crowded fintech and apps development space, revealing it intends to have 25 new start-ups and businesses up and running in the next five years, through its new investment play X15 Ventures.

The new play, which CBA chief executive Matt Comyn said will have new five businesses in the market in the first 12 months, will draw upon infrastructure and expertise from key technology partner Microsoft alongside KPMG’s High Growth Ventures.

Funding for X15 Ventures, the figures for which are still being kept under wraps, will be drawn from CBA’s current $1 billion a year technology budget and be counted as an expense in terms of the bank’s financial reporting, Comyn said on Monday.

At a broad level, the move to set up a technology venture arm realigns CBA with its bank competitors Westpac, NAB and ANZ who have all conspicuously launched venture capital plays over the last few years to get an inside fintechs before they start eating away at institutions from below.

While CBA has previously selectively partnered with new tech players at an opportunistic level, Australia’s largest bank is a relative latecomer to the venture funding space in terms of any major commitment at scale.

"We wanted to find a way to work with and accelerate the growth of digital ventures and propositions," Comyn said. 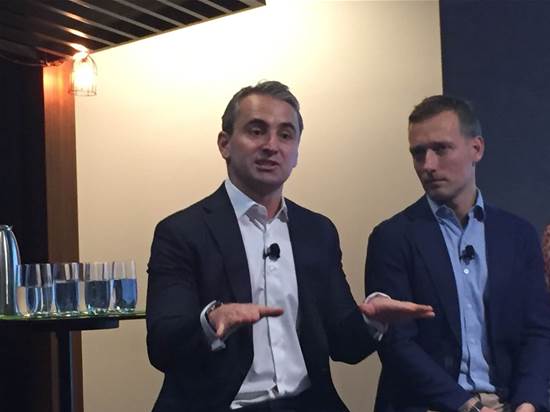 “We wanted to do this in a way that was outside the Commonwealth Bank, but of course really leveraging the scale the financial capacity, what we can bring to market.”

CBA is characterising its investment vehicle as significantly different from its rivals in that it will take a bigger upfront stake and be more involved from the outset than taking an equity slab with a view to an exit in the form of a spin-out, float or acquisition.

The bank is terming the co-investment as a “venture builder” model, which essentially means the CBA and its partners provide the platform to scale-up minimum viable product quickly within a separate ecosystem rather than just providing the funds.

However while X15 will be a “wholly owned subsidiary” of the CBA and be able to leverage the bank’s substantial real-time transactional tech stack and underlying applications, AI, analytics and compute muscle, it will sit on stand-alone infrastructure outside what CBA terms ‘the Yellow Wall’.

At first glance the nature of X15’s involvement with the plays it backs does look more hands on than buying into existing start-ups looking for an angel or multiple backers.

Comyn emphasized the creation of X15 was in keeping with the CBA’s stated ambition to maintain leadership and competitive advantage in terms of the banks overall tech footing, quipping that it was always cheaper when things were not developed inside Australia’s largest bank.

Hinting at more changes to come, Comyn said  the CBA’s tech strategy “is going to require continued investment to make sure that we can bring more innovation to market faster modernising or continuing to modernize out core banking and infrastructure to enable a lower cost and higher velocity of change.”

Last week CBA revealed it had tripled its investment in Swedish online shopping darling Klarna to US$300 million to around 5.5 percent.

The man heading X15 Ventures is Toby Norton-Smith, who assumes the role of managing director of the new tech skunkworks unit.

In a hat tip to space and aviation nerds, Norton-Smith revealed the CBA had hit upon the name X15 after NASA and the US Air Force’s hypersonic rocket aircraft used as the pioneering test bed for both future aircraft and spacecraft design from the late 1950s.

Sticking to the plane nerd theme Norton-Smith compared the role of the CBA and its partners to that of the B-52 bomber that was used to carry the experimental aircraft to the limits of convential operating altitudes from where it was launched to hit the edge of space.

Microsoft Australia’s managing director, Steve Worrall said he believed the “next wave of major technology breakthroughs will come from partnerships such as this [X15], bringing together our deep technical capabilities and absolute clarity about the business challenges that need to be addressed.”

Amanda Price, head of High Growth Ventures KPMG, said her firm could help contribute a “a performance mindset” that could be “the difference between success and failure for start-ups”.

Price said KPMG would offer “a wealth of smart tools” to help them X15 Ventures participants “overcome the challenge of scaling at speed.”

‘Home-in’ aggregates multiple services needed in buying a house – like conveyancing and utilities and includes access to CBA lending, and was live from today for ‘selected customers’ CBA said.

On the other side ‘Vonto’, which is aimed at small business managers and also an aggregator that pulls data from Xero, Google Analytics, Shopify to see “data and analytics in one location, allowing users to obtain a quick, holistic and rich view of their business” – rather than switching between apps.