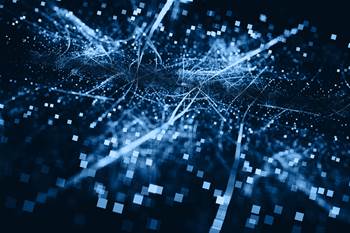 The Commonwealth Bank has signed on with Amazon's Braket simulated quantum computing service.

CBA chief information officer for technology Brendan Hopper told the Amazon Web Services Summit in Sydney Braket is “an exact idea of what a company should be looking at doing ... starting to use that kind of tech that's out there” to run experiments.

CBA thinks quantum computing will lead to advancements for its digital ‘benefits finder’ and its personalisation engine, which already incorporates AI and machine learning.

Hopper said there are multiple use cases “where quantum probably will be game changing for banking and financial services over the next couple of decades.”

One is “deep learning and machine learning” where “quantum computing will just be a step change in how effective the algorithms are."

“We use big data and AI to power our benefits finder, where we recommend customers ways they can save money or how they can manage their finances better," Hopper said.

“AI drives our personalisation engine, because not everyone wants the same banking experience.

“So, over the next couple of decades, quantum is really going to unlock a bunch of those benefits.”

“We think quantum computing can really take that to the next level, in helping our customers stay safe online, and also ... protecting their finances and accounts," Hopper said.

According to Hopper, the bank already explored and is “continuing to explore financial services specific use cases” across portfolio management optimisation.

Previous experiments include partnering with California-based Rigetti Computing back in 2019 to run two algorithms on a quantum simulator.

“That experiment showed that quantum computers definitely have potentially in that problem space of portfolio optimisation,” Hopper said.

“As the hardware comes online over the next few years, we're going to continue to experiment and see what we can do.”

Hopper said he previously thought “quantum was a science problem … I'm now totally convinced that it's definitely going to happen.”

“It's now an engineering problem. Like, over the next decade or two, how do we scale them out so they are usable?"

CBA's preparations for quantum include to its datasets and algorithms.

CBA also holds a stake in Silicon Quantum Computing (SQC), and is one of the first participants of SQC's end user pilot.