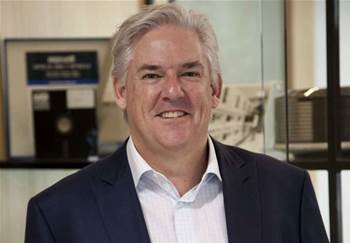 The Commonwealth Bank is experimenting with the open source Apache Kafka messaging platform to fulfil its desire of an “event-based architecture” to understand transactions and improve customers’ banking experience.

CIO David Whiteing told iTnews the bank would "definitely be challenging hard on moving to an event-based architecture so we can separate out the write and read transactions".

“The majority of our transaction calls are, ‘show me the balance of my portfolio’ or make a query which returns some information.

“The read transactions are experiential and allow you to do more things [as a customer] more quickly.”

Whiteing raised Kafka as the bank’s potential tool of choice for experimenting with building out an event-stream architecture.

Kafka was originally developed by LinkedIn in 2010 before being open sourced. As of 2015, LinkedIn used it to “handle over 500 billion events per day spread over a number of data centres”.

Events – which in CBA’s case are different transaction types – could be recognised and identified to allow the bank to react to them in a certain way.

Kafka is one of a growing number of open source tools that CBA is either experimenting with or pushing into production.

Two tools gaining traction inside CBA are the Linux containerisation technology Docker and Mesosphere, the creator of a “data centre operating system” that has Apache Mesos at its core.

“We’re doing a lot of work with Docker and Mesosphere,” Whiteing said.

“We had a meetup the other day in [Sydney] because Mesosphere is in town, where we had 185 people show up.”

Alongside Kafka, Whiteing said CBA is looking at how it might use Apache’s Cassandra high-availability database technology, though he did not reveal for what purpose.

“Some [of these tools] are more about experimenting and others people are more comfortable with where they’re at - and we’re going to go hard on the latter,” Whiteing said. “It’s a balance.”

CBA is not alone in backing Docker. iTnews has recently revealed Telstra, Seek, Healthdirect and Everydayhero are among a growing number of enterprise users using the technology to package code and make it portable.

Part of Whiteing’s interest in the growing number of open source tools supporting DevOps is their ability to bring a higher level of automation and self-service capability to infrastructure provisioning and management.

Though CBA will keep alive traditional infrastructure operations for the foreseeable future, Whiteing said it also needs to work on driving the “DevOps mindset” further into IT.

While the mindset already exists in some quarters, CBA’s challenge is to “take the rest” of its staff “into that space”.

That will require some process and cultural changes, he said.

One initiative already in train is the creation of “platform teams” that will have autonomy to choose a platform of choice and the speed with which they deliver it to the business.

However, the exact nature and make-up of these teams remains unclear, as does when they will be operational.