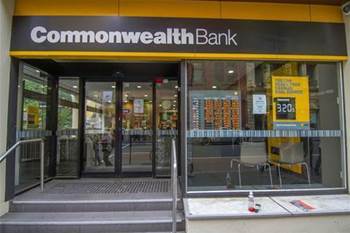 The bank confirmed the issues, which began at 1.20pm and did not start to recover until 11.45pm, in a series of social media posts.

“We’re aware some of you are experiencing difficulties accessing our services and we’re urgently investigating. We apologise and thanks for your patience, we’ll provide an update soon,” wrote on Twitter.

An update provided at 1.40pm AEST added that some CBA merchant terminals are currently experiencing issues.

A further update added roughly 30 minutes later said some customers were experiencing problems across the CommBank app and NetBank.

It was not until 11.45pm - over 10 hours after the problems first started - that CBA said its services had begun to recover.

"Our services are beginning to return to normal and customers should be able to log into the CommBank app and NetBank," it said.

The outage comes less than a week after CBA services were caught up in an outage of the Akamai Prolexic service.