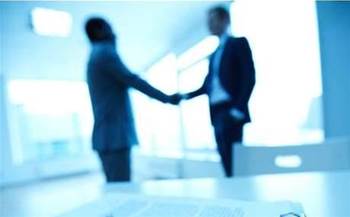 The Commonwealth Bank has reached an out-of-court settlement with the US-based not-for-profit that took legal action over frozen funds in an alleged bribery case involving two former bank IT executives.

Ace Foundation sued CBA in the middle of last year in the US for allegedly wrongfully withholding millions of dollars in funds the NSW Police claims were used in the scandal.

The foundation was created in 2014 as the result of a multi-million dollar funding injection by ServiceMesh founder and former CSC executive Eric Pulier.

NSW Police alleges Pulier paid two former CBA IT executives over $2 million for selecting Pulier's ServiceMesh technology for use within the bank.

CBA confirmed to iTnews it reached a settlement overnight with Ace Foundation to discontinue the legal action. The news was first reported by Computerworld.

iTnews understands no money changed hands in the settlement.

Ace Foundation claimed CBA wrongfully froze over $2.53 million paid by Ace to the CBA IT executives. The bank had been directed to withhold the funds after alerting police to the unusual payments in late 2014.

Ace sought the return of the cash, which it argued was needed to fund its charitable projects.

"The court action requests a jury trial in the US to force the return of the funds, plus damages, so that the money can be used to continue the foundation's mission and complete initiatives in progress since the organisation was founded in May 2014," it said at the time.

Ace justified the payments by saying they were for legitimate consulting work it had engaged the former CBA IT execs, Keith Hunter and Jon Waldron, to provide.

It said it had engaged the two men to help it build "reusable technology and systems and assist Ace in developing projects and initiatives".

The not-for-profit argued at the time that it had not become aware until six months after engaging the men that CBA had not approved their involvement.

Ace Foundation has since renamed itself to CoreTech Foundation to distance itself from the IT bribery scandal.

Pulier resigned from CSC just days before he was due to be let go for violating CSC's code of business conduct over "conflicts of interest and appearance of improprieties".

He is being sued by CSC for at least US$98 million (A$122 million) over alleged "fraud, breach of contract, and breach of the duty of loyalty".

Hunter and Waldron are currently involved in a criminal case in NSW and appeared in court as part of a police mention today.

The pair's lawyers are currently trying to bring witnesses into the case to testify on behalf of the two men, who have pleaded not guilty to the bribery accusations.