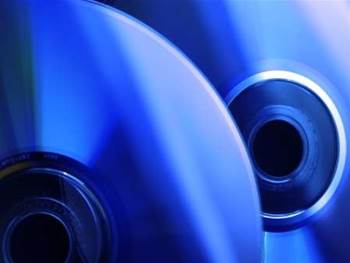 Shrinking the data centre down to one compact disc.

Swinburne University’s Centre for Micro-Photonics has received $1.1 million from China and is in negotiations with a major Silicon Valley backer for its research into optical storage innovations that could boost the capacity of a typical data centre by up to 1000 times.

Swinburne announced this week that the team has secured a CN¥6.5 million (A$1.1 million) grant from the National Natural Science Foundation of China.

Professor Min Gu, one of the researchers leading the project told iTnews the grant is just one part of a much bigger network of partnerships in the works, including with “one of the biggest companies in the Silicon Valley” – whose identity cannot be revealed until the deal is complete.

Professor Gu said the interest in the project centres on increasing demand for efficient storage as data volumes increase at a break-neck speed.

At the rate the globe is going, he forecasts, all the data we create by 2020 will require 40 zettabytes – or 40 billion average hard disk drives – to store it all.

“The electricity required to run that would consume all of the oil the world is forecast to produce in that year,” he said.

The Swinburne team has created and patented a high tech optical data storage technology which uses the same data-writing concept as increasingly unpopular CD and DVD storage, but reduces information written to it to the nano-scale.

The Swinburne-based team of roughly 15 students and academics is combining a variety of techniques to continually minimise the scale of the bits recorded.

They have started by moving writing lasers towards the shorter wave-length blue end of the spectrum, creating waves that are even smaller than those which write onto Blu-Ray discs, and taking the scale of a bit from 300 nanometres to just 9 nanometres.

By transferring that information onto CDs – which store bits as dots – the size of the bits can be shrunk down again. The team is also experimenting with writing multiple layers onto a single disc.

“We think we could get up to one petabyte on a disc,” said Professor Gu.

“But that is not the complete story,” he adds – explaining that the energy-saving benefits are likely to be the first to appeal to the market.

“Bit for bit, the optical storage would use 100 times less energy than conventional magnetic hard drives. This is the really important part.”

He forecasts that the technology could start making an impact on the market in five to ten years.

“The pressing issue is energy consumption,” he said. “We will get discs to store at the same rate as magnetic hard drives first to capture the energy savings.”