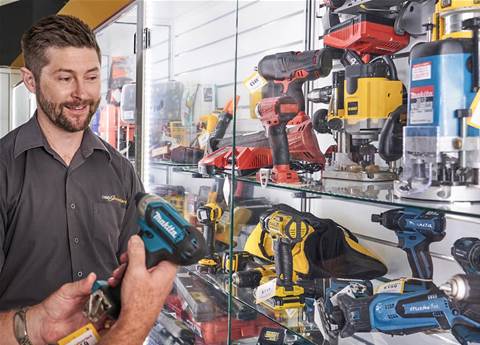 The company, known for its pawnbroking and payday lending operations, took up Azure Synapse Analytics and also switched its data visualisation tool as part of a technology uplift.

Cash Converters will still draw its raw data points and telemetry back to an Azure SQL data warehouse, but will use Synapse in place of Databricks to ingest, transform and analyse subsets of that raw ‘event’ data.

Events occur and are recorded whenever, for example, an activity is detected on a personal loan.

“For everything that happens, one event is created: an application is received, the application was approved, or a payment for this loan was received,” data science lead Dr Ryan Behdad told iTnews.

“Everything that happens is a row in one table.”

However, data science - which has a team of seven and sits within IT - is less interested in the raw numbers as it is in using them to establish patterns and trends, such as recognising warning signs with a customer or loan.

“We just want to know the latest stats of data in a summarised way,” Behdad said.

“That’s where we need to do all those transformations [to the raw data] to have one picture of a customer or a loan.”

Other areas of the business, such as marketing, also uses data analytics, but has its own embedded analyst resources that work with the central data science team.

What Cash Converters does with its data hasn’t changed under the transformation; rather, a switch in tooling has enabled the company to cut its costs and gain some additional technical capabilities.

The company had been exporting raw data in CSV or Parquet files into an Azure Databricks environment where it could be transformed and analysed.

It will now do that in Azure Synapse Analytics instead.

Behdad said there was less waiting time to analyse data with the native Azure service.

“When we were using Databricks we had to start a cluster [of computational resources] which could take 10 minutes to start, then it would load all the schemas, databases and tables, and finally we had it available after 10-15 minutes, and then we had to remember to turn it off, otherwise it would have been charging us,” Behdad said.

Azure Synapse Analytics, on the other hand, allowed data queries to be run on-demand.

“If we wanted to connect [Tableau], we had to create a token on Azure Databricks and then copy that and put it in the connection settings of Tableau and then it would have access to [the data],” Behdad said.

“It was very cumbersome. If anyone wanted to use it we had to point them to a documentation on Confluence that we had written, and go through all of these steps to be able to do it.”

Cash Converters has since switched its visualisation tool from Tableau to the open source Redash, which Behdad said is easier to connect with Synapse, and is also less costly.

Both the Synapse and Redash adoptions were the result of proofs of concept run by the data science team, including by data engineer Waqas Hussain.

“In the case of Redash or Synapse, these are two examples of [technologies that] Waqas identified could be valuable tools,” Behdad said.

“They were approved to work on as a proof-of-concept, proved really valuable and became a part of the main solution in the business.

“These small proofs of concept, and being curious about the latest technologies, can provide a lot of value.”

Most of the work of the data science team remains in the personal finance part of the Cash Converters business.

Here, the company is interested to report on the result of each loan it approves.

“We go through all the different transactions that happen to a loan and then transform them and write a summary of that loan from the application,” Behdad said.

Cash Converters is also interested in ‘churn’; that is, customers that take out a loan, pay it off, but then don’t return.

“We have to identify why the customer is churning or not coming back,” Behdad said.

“If it is legitimate - they do not need any loan - that is fine, but if they still have need for a loan or personal finance and we are not providing the product that they need, then that gives us a good opportunity to create a new product for that cohort of the customers.”

Data science - or machine learning, more specifically - could also assist Cash Converters to recognise when a loan customer might be in trouble.

“We can predict that the customer is going to default or their loan is going to be written off,” Behdad said.

“We can [then take] some actions like helping them with some incentives like rescheduling their payments or reducing the amount of payment - whatever is needed.”

The data science team is also expecting to take on a greater role using machine learning to analyse store trends.

“We will also move to using more machine learning in that area probably in the next few months, in the next year,” Behdad said.

The first use case there is likely to be in pawnbroking.

“When a customer brings an item to pawn for a small loan, [data science will help us] evaluate that item and put the right price on it,” Behdad said.

“Right now there are systems in place that give a price, but machine learning is not used for it, and we think there’s lots of opportunity there to add more value.

“Another part that retail has is movement of stock between stores, and to provide recommendations about that.

“There are lots of projects and initiatives on the roadmap. We are just prioritising them all of the time to see which one we should tackle next.”