CASA to power down IT for core upgrade 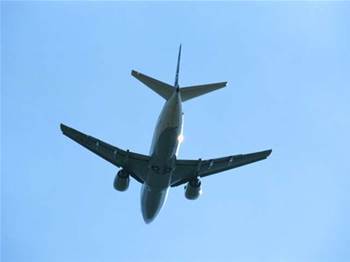 The Civil Aviation and Safety Authority will power down almost all IT services this weekend for an upgrade of "critical core" infrastructure components.

The authority noted on its website — the only service that is to stay live during the upgrade — that "all [other] CASA IT services" would be taken offline from 8pm today until 6am Monday.

"The work this weekend is to increase the capacity and scale of the storage area network," a CASA spokesman told iTnews.

"The work will increase processor capacity and allow additional disks to be connected for storage."

The timing partially coincides with the expected go-live for the first modules of an EMPIC-EAP data management system that CASA has committed to roll out.

CASA's spokesman confirmed the new system was a consideration in the storage upgrade. "This is to get ready for EAP and other improvements to come."

CASA selected the EAP software — which is used by military and civil regulators to manage aviation rules — in June last year.

According to CASA's most recent annual report (pdf), the first modules of the system are expected to be in use this month.

The rollout also includes works to cleanse and migrate "legacy data for use in the new system, and the development of a web portal to provide online access to a number of CASA's services", according to a recent job advertisement. (pdf)

The annual report notes that a "statement of requirement outlining the specifications for the CASA online services portal was finalised" in 2011-12.

The EAP system is expected to be fully embedded by December 2014.

CASA has spent the past year gearing up for a range of other IT initiatives.

The authority moved to an upgraded standard operating environment, including new PCs, by June and moved to a new financial management information system by September of this year.

It also completed phase one of a replacement of its human resource and learning management systems in June. Capability expansion works for the system were scheduled into a second tranche of works due to wrap up by December.

A records management system upgrade is scheduled for completion by December 2013, and a data quality project to be applied to existing "information stores" is expected to be finished by June 2014, following a pilot system in 2011-12.