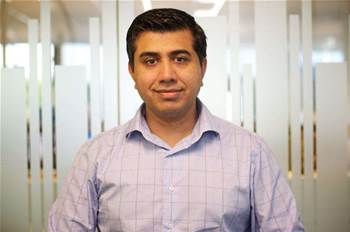 26 ideas up for executive approval.

Carsales will implement two technology initiatives and take 26 more to its CEO next week after holding a two-day 'hackathon' last weekend.

The brainchild of CIO Ajay Bhatia, this year’s event formalised and consolidated similar smaller events the company had held previously into a single two-day program.

Two-thirds of the company’s IT staff divided into teams and spent the period from 9am Friday October 4 to 7pm Saturday October 5 building and showcasing their ideas for technological improvement.

Around 80 product and technology staff members were given a day off normal duties for the hackathon.

Bhatia and the teams will present their ideas to the company’s executives next week, and the CIO expects most will be accepted.

“The 10 percent that doesn’t go through will probably still be taken in some form,” he said.

The point of the two-day event was to encourage innovation at all levels of the organisation, Bhatia said.

“A lot of teams think ideas are the domain of the department or of management, and that’s wrong,” he said.

“Being innovative is not just about new ideas, it’s about new ideas that are formed from the ground up. If you want to build innovation as a culture you’ve got to involve everyone.”

Bhatia plans to run several more such events each year, depending on how long it takes for the approved ideas to be implemented.

Teams started by registering their innovation ideas on the Carsales intranet in preparation for the event.

Carsales has already implemented one of the ideas that arose from the event.

On Saturday, it deployed a URL shortener built during the hackathon by one of the teams, which meant it no longer needed to pay URL shortening service bit.ly for the same thing. Its new URL shortener, carsal.es, has been live since.

To meet the criteria of ‘disruptive’, one team built a prototype of the Carsales website solely driven by website search, replacing the traditional drop-down menu options. Bhatia expects to deploy the idea on one of the company’s 3000 domains and make a home page which uses a Google-style keyword to test the concept.

One of the ideas proposed to help customers was the introduction of a new website for bicycle lovers, with the domain bicyclesales.com.au.

One team built a website, both desktop and mobile versions, that allows someone to advertise their bicycle for sale, whether it be second-hand or small bike dealers.

Many teams came up with image recognition ideas. One team developed what they called “snap magic”, an algorithm which detects where the registration plate is located on a car when a picture of the vehicle is taken.

The picture is then passed through an optical character recognition engine to identify the registration number, then into Carsales’ software to autofill the online form with details of the vehicle that Carsales has stored from previous entries.

Several other teams came up with ways to cut down on IT costs, including by building an in-house video hosting platform to move away from third party vendors. The platform backends onto Carsales’ Microsoft Azure cloud.

Another team proposed taking testing to the cloud.

“One of the difficulties we have is we have thousands and thousands of tests that run when we do a new build of Carsales or our other websites, and we deploy a new version of the website every day,” Bhatia said.

“It’s not physically possible to do thousands of tests when we deploy every day, so we automate a lot of those tests. They run on virtual machines on physical infrastructure, which means we have to commission new virtual machines every time we do this test, and we eventually run out of physical space.”

The team suggested taking the tests to the cloud, using the Sauce Labs platform, which they said could double the amount of tests at a cheaper cost.