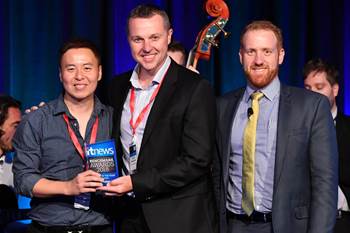 An artificial intelligence innovation borne from an internal hackathon has earned automative classifieds site Carsales the crown for consumer IT project of the year in the iTnews Benchmark Awards.

The company has managed to cut out 55 hours of handling time for the 20,000 daily images of vehicles Carsales receives by ditching a manual process in favour of machine learning and artificial intelligence.

Its homegrown 'Cyclops' product has now spread out from the internal organisation to Carsales' private and dealer customers, who can now use the image recognition tool to automatically select and assign angles to images of vehicles.

Building machine learning into the tool means Cyclops also learns from its mistakes; Carsales says it currently has an accuracy rate of 97 percent.

"[It's] fantastic to win the award. Congratulations to everyone that’s won tonight and who will win. I would like to thank Gus [Agustinus Nalwan, Cyclops inventor]. Gus is the brains behind the AI model that delivered it," Carsales CIO Jason Blackman said.

"I’d like to thank Gus’ team that he assembled to get it ready for us to take to production. And obviously I’d like to thank the rest of the Carsales team across the board who took and actually put it into all our apps, so this is a fantastic outcome."

You can read more about Carsales' work alongside the other winning projects in the iTnews Benchmark Awards 2018 special edition report.