Carriers to spend US$1tn on IP networks by 2015 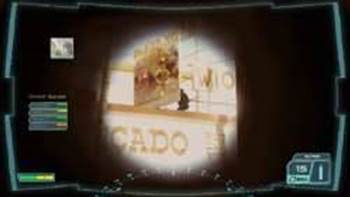 Next-generation IP networks will benefit from total capital investment of more than US$1 trillion by 2015, analysts have predicted.

The analyst firm believes that mobile networks have a parallel evolution to IP, although at a slower pace, but that the standards work is accelerating.

By the end of 2007 there will be full next-generation network standards for fixed and mobile networks allowing IP-based services to be deployed.

ABI Research expects this process to be largely complete by 2015 at a total cumulative investment of more than US$1 trillion.

"As we move to the end of the decade, bandwidth-hungry services such as IPTV will need an IP infrastructure to support them," said ABI Research analyst Ian Cox.

"Operators will also want to control operating costs by moving all services over to an IP network.

"This will enable the deployment of service delivery platforms and IP Multimedia Subsystem in the network, streamlining operations and allowing new services to be introduced quickly."

For operators, next-generation networks allow services and transport in the network to be separated and to evolve independently.

This will speed up the development of content and services to the advantage of the whole industry, concluded Cox.

Got a news tip for our journalists? Share it with us anonymously here.
Copyright ©v3.co.uk
Tags:
1tn2015bycarriersipnetworksonspendtelco/ispto