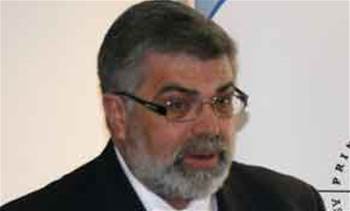 Resigning Human Services Minster Kim Carr, who was demoted from the role of minister for innovation, industry, science and research by the Prime Minister in 2011, has used his resignation speech to criticise the communication of the government’s crackdown on 457 visas.

Last week the Prime Minister took aim at the IT sector for its use of temporary workers, arguing IT companies were using the program as “a substitute for spreading important economic opportunity to Australian working people’’.

Today, both ministers with former and current knowledge of the program resigned from cabinet, with current Skills and former Immigration Minister Chris Bowen resigning ahead of Carr earlier today.

Carr told journalists during a press conference the changes to the 457 visa arrangements were quite modest.

“The circumstances were such whereby an employer said they had not actually made any real effort to look at the local job market.”

“Chris Bowen had examples with two employers in Adelaide who said: ‘We haven’t tried to actually seek out locals’. He asked his department what do I do, and they said there was no power to act.”

iTnews this week confirmed the immigration department does not have the authority under current legislation to investigate cases of 457 visa abuse in the technology sector.

The Government will introduce new measures in July designed to deter rorting of 457 visas by employers.

Carr said while the changes were initiated by Minister Bowen, the way they were communicated was an entirely different matter.

“I was surprised to see the initiative supported by Pauline Hanson,” Carr said.

Bowen was more cautious when asked about communication by the government, telling journalists “everybody will use their own language”.

“The policy change that has been made is an appropriate one, it gives the department of immigration a tool to deal with rorters, and what’s wrong with that?”