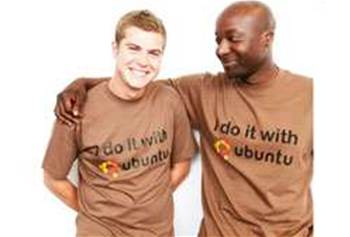 Canonical has said it is going to have to put new limits on how it distributes free Ubuntu CDs because demand is outpacing supply.

The company, which sponsors the Ubuntu Linux distribution, has for the past five years run a scheme called ShipIt which sends free Ubuntu CDs to anyone that wants one.

But due to high demand the company is now limiting the CDs to one per person.

“While these CDs are often referred to as “free CDs”, they are of course not free of cost to Canonical,” said Jane Silber, the company's chief operating officer.

“We want to continue this programme, but Ubuntu’s growth means that some changes are necessary. Therefore we are adjusting how we handle CD requests to try to find the right balance between availability of CDs and the continued viability of the ShipIt programme.”

People will still be able to order the CDs she said, but not upgrades and these would have to be downloaded by users once they had installed the operating system. This however would not apply to those who contributed code to the Ubuntu library.

The goal was to get more CDs to those people who have poor access to downloads she said. Ubuntu is particularly strong in Africa and South America and the company is obviously to maintain and nurture these markets.

Those people with fast data connections can also simply download the software directly, or in an ISO format that can be burnt onto a CD and run in that way.

Got a news tip for our journalists? Share it with us anonymously here.
Copyright ©v3.co.uk
Tags:
canonicalcdcdscompanyfreehardwaresoftwareubuntu