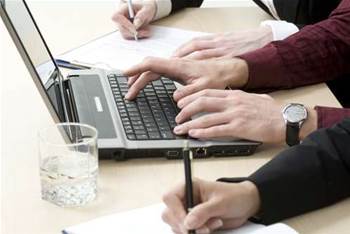 And the areas contractors are most used.

Some of Canberra’s largest IT shops have revealed the extent of their outsourcing, with new data placing renewed attention on the government's heavy reliance on IT contractors.

In a series of documents published under freedom of information laws, Defence, Home Affairs and the Australian Taxation Office have all laid bare the size of their external IT workforces.

As at March 2020, Defence, which employs around 76,000 full-time Australian Defence Force and Australian Public Service staff, had 3865 outsourced IT personnel.

Outsourced Service Providers (OSP) make up the bulk of this external IT workforce, with FOI documents revealing 2660 personnel (69 percent) fall into this category.

According to Defence, OSPs perform Defence functions on a “long-term or permanent basis”, involving skills or expertise that are “not required to be maintained by APS [the Australian Public Service] or ADF [The Australian Defence Force]”.

Long-term outsourced projects include the so-called ‘terrestrial communication project’ with Telstra, which iTnews last month revealed has a “medium-low” chance of delivery.

According to the “Defence External Workforce Census”, the department had 1186 IT contractors in March - the second highest number in any Defence work area bar “project management”.

Unlike OSPs, contractors provide “skills that would normally be maintained in the APS or ADF workforce”, working under supervision of an APS employee or ADF members.

In its breakdown, the department said there were 166 development and programming contractors, 98 testing contractors and 93 ICT program & project management contractors.

Other IT contractors work in the areas of systems analysis and design (64), ICT security (39), systems administration (36), ICT architecture (30) and systems integration and deployment (13).

Earlier this year, Home Affairs revealed that its spending on IT contractors reached $221 million during the 2018-19 financial year - higher than Defence.

Despite excluding portfolio agencies like the Australian Federal Police, this was a year-on-year increase of more than 10 percent (compared to $198.5 million in 2017-18).

IT contractor costs, more generally, have more than doubled over the past five years, while APS employee costs have remained largely the same, as was highlighted in last year's APS review.

The ATO had a similar number of IT contractors engaged as Home Affairs in August, with FOI documents revealing an external IT labour hire workforce of 420.

The bulk of the IT contractors at the agency are application developers (95), test analysts (62), systems analysts (38), architects (32) and technical specialists (30).