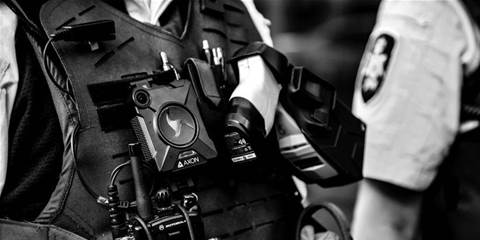 Coming into line with other police forces.

ACT Policing has increased the number of situations in which its officers can use body worn cameras, which are in the process of being rolled out.

Since March this year 369 of 480 camera kits have been deployed across the ACT, which until now have only activated when officers drew their firearms or tasers from their holsters.

From Wednesday, however, officers have been able to manually activate their Axon body camera after completing a mandatory training course addressing the expanded use cases.

Now officers will be able to use their cameras in a public place or with the express permission of occupants of a private premises.

The benefits of increased camera use are obvious, including more accurate records of events that can be used to hold people to account - whether they’re a member of the public or wear a badge.

What isn’t obvious is why these capabilities weren’t available when ACT Policing first started deploying the cameras in March.

Police forces in all states and territories have been using the technology for a number of years now - with Western Australia only this year beginning a full scale rollout.

The Queensland Police Service has traditionally led the charge, being one of the first states to deploy the cameras en masse.

It was also the first state police force to enact hard and fast rules on how to use the cameras, which was over three years ago.

ACT Policing had not responded to a query from iTnews as to why its cameras weren’t initially rolled out with a manual record function at the time of publication.