'Can you hear me?' phone scam reaches Australia 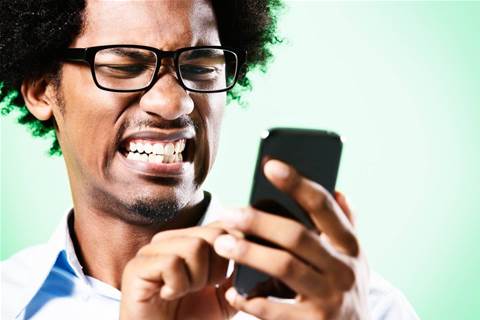 Making its way around the globe.

A phone scam that tricks an individual into saying "yes" in order to record their voice to authorise financial charges has made its way to Australia.

The "can you hear me?" scam appears to have first originated in the United States late last year, and grown in frequency throughout that country as well as the UK in 2017.

It begins with a call from a scammer impersonating a representative from a legitimate organisation that may be familiar to the recipient, like a bank or utility.

After the introduction, the scammer asks the recipient whether they can be heard clearly, and then records the consumer's "yes" response in order to obtain a voice signature.

The intention, according to the US Federal Communications Commission, is to use this voice signature to later authorise fraudulent charges by telephone.

"If you receive this type of call, immediately hang up. If you have already responded to this type of call, review all of your statements such as those from your bank, credit card lender, or telephone company for unauthorised charges," the FCC advised last month [pdf],.

Police in Mackay in Queensland say they have received recent reports of the scammers operating in Australia.

The force said it believed the scam to be "hitting many areas" across the state and advised Queenslanders to spread the word and hang up immediately if they receive a suspect phone call.

The police agency also urged anyone who has fallen victim to the scam to contact the national identity and cyber support service IDcare.

Urban myth debunking site Snopes has classified the scam as unproven, given the scenarios in which a scammer could authorise charges by simply using a recording of someone else's voice are unclear.

It also says there are no documented cases of people having lost money after responding 'yes' to the call.

However, others have noted that a 'yes' voice signature could also be used in other ways, like to sign a victim up for an unwanted service and then threaten them with legal action if they refuse to pay.