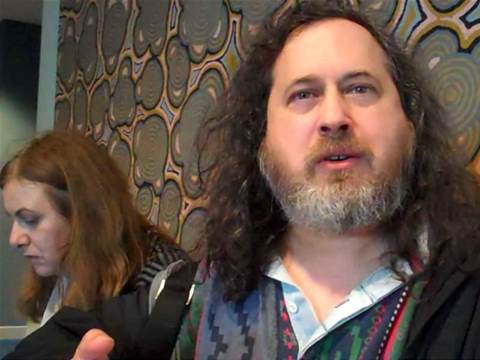 Controversial open source advocate and programmer Richard M Stallman is facing increasing opposition to his rejoining of the board of the Free Software Foundation, the organisation he founded in 1985.

Soon after Stallman announced that he would return as a director of FSR, open source movement heavyweights published an open letter, saying the appointment ruined the meaning of their work.

The signatories to the letter include Australian Linux developer Matthew Garrett, Debian technical committee member Elena Hasman, the GNOME Foundation, and X.org, as well as Mozilla and many more.

"Our communities have no space for people like Richard M Stallman [RMS], and we will not continue suffering his behaviour, giving him a leadership role, or otherwise holding him and his hurtful and dangerous ideology as acceptable," the letter states.

Saying "there has been enough tolerance of RMS's repugnant ideas and behaivour", the signatories are calling for the controversial computer scientist to be removed from all leadership positions, and for the removal of the entire FSF board.

The signatories are also calling for a boycott of the FSF, and asked developers to stop contributing to any projects related to the foundation and Stallman.

Over 1700 individuals, projects and other organisations have signed the open letter so far.

Separately, the Free Software Foundation Europe (FSFE) said the re-appointment of Stallman and the way it was communicated harms the free software movement.

FSFE will not collaborate with the FSF or any organisation led by Stallman.

Stallman had to resign from the FSF in 2019 and as a visiting computer scientist at the Massachusetts Institute of Technology after a firestorm of controversy broke out over his comments on minors and convicted sex offender Jeffery Epstein, who killed himself in prison the same year.

He later denied having made comments in support of Epstein, and apologised for the hurt he had caused.

Earlier comments by Stallman on minors and women have surfaced after the Epstein furore, however.

In 2019, several software maintainers at the GNU Project, which Stallman also founded, said that the open source activist had undermined key principles of the organisation, and that he could no longer represent it.